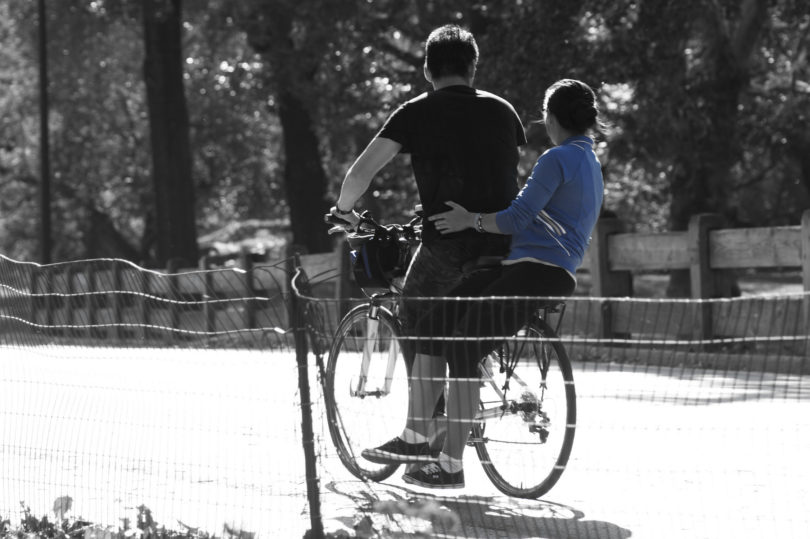 Ah, the backy. Is there a word which evokes a greater force of nostalgia and childhood memories?

Convenient, fun, character building – the backy is a sacred ritual for many. If you know, you know. 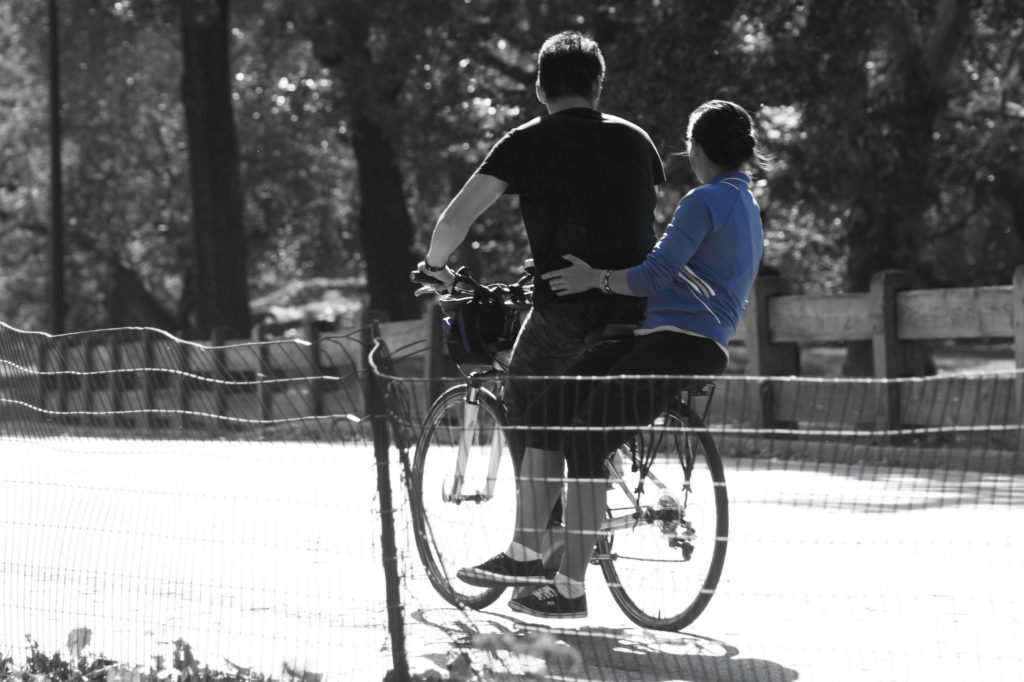 But maybe you’re scratching your head right now, possibly even feeling a little excluded from this beloved biking tradition. If the concept of a backy is alien to you, or if you’re just feeling like a ride down memory lane, then stick around for a while.

The art of the backy

Put simply, a backy on a bike is when an extra person catches a ride on the back of a regular, single-seat bicycle.

This can be done in a few ways – perhaps the most common method involves the primary rider standing up, leaning forwards as he or she pedals. This frees up the bike seat for the passenger, who need only to hang on and enjoy the ride.

Another form of the backy is opened up to you if you have a pair of pegs fitted to your bike (most commonly BMXs will sport these).

This variant of the backy is likely the most comfortable for both riders, as the primary cycler can remain comfortable on the seat and the passenger can keep their balance in check.

You can also utilise a sturdy luggage rack, on which the passenger can crouch whilst holding on.

Some particularly crazy people have been known to incorporate a skateboard into the backy – with the skater holding on to the side of the bicycle and riding off of the momentum.

These last two backy methods are, as you might imagine, pretty darn dangerous. The backy itself in any form should be done with a good amount of caution and should be kept away from busy roads and other hazardous situations. As always, safety first!

An important point to touch on here is the kinship required for a successful backy relationship to work. Stay with me here.

Both participants of the backy will need inherent trust in each other as they ride. The person hanging on in the back isn’t in control, and often times they won’t even have a clear view of where they’re going. Despite this, they’ll need to remain still and not throw their weight around even on those tight corners.

So, if the person taking control of the handlebars isn’t someone you have complete trust in, the backy will not work.

Likewise, the person in control of the bike will need to be able to focus on steering, pedalling and keeping up consistent balance – all without being bothered by their buddy at the back.

Any kind of nervous movement or shenanigan could disrupt the delicate balance required for this tandem riding style to work.The biggest danger comes when the passenger decides they’re no longer enjoying their ride.

If the person at the back jumps, or worse yet falls, off of the bike, the balance will be immediately thrown off and then so will the front rider.

Thus, you risk breaking the trust and also possibly a few bones too.

But what happens when a successful backy trip is completed? The two riders will high-five, maybe even embrace, and the trust and bond between them will have been strengthened considerably.

You know those trust exercises where one person will fall into another’s arms, with confidence that they will be safely caught?

Think of it like that, only with bikes. So way better.

What the law says

We’re sorry to get all serious here – but the law is the law, and it’s there for a reason. So are backys legal or not?

Well, no. They’re not. At least, not on the road, according to the 1988 Road Traffic Act. Doing so may result with you getting fined up to £200 – which, ironically, is probably enough for your backy partner to buy their own bike, thus avoiding the problem altogether.

Tandem bikes and properly-fitted child seats are excluded from this law.

The most famous incident of this kind of offense, which made many aware of the illegality of backys, is when former Mayor of London Boris Johnson was seen taking his wife for a ride around the capital.

Boris apologised upon being called out, claiming ignorance of this law. It’s likely that he didn’t give the act a second thought, probably due to him giving and receiving backys on a daily basis as a child. Much like us all.

It’s not like this everywhere in the world though. For example, in the Netherlands, you are absolutely allowed to ride with passengers on either the front or back of your bike.

Take a walk through any Dutch city and you’re likely to see parents ferrying their kids around, or young couples sharing a bike on their way to a romantic evening together.

Weirdly enough, although it’s so much more accepted over there, they don’t really have a name for the backy – reinforcing the notion that it’s a sacred British tradition, £200 fine be damned.