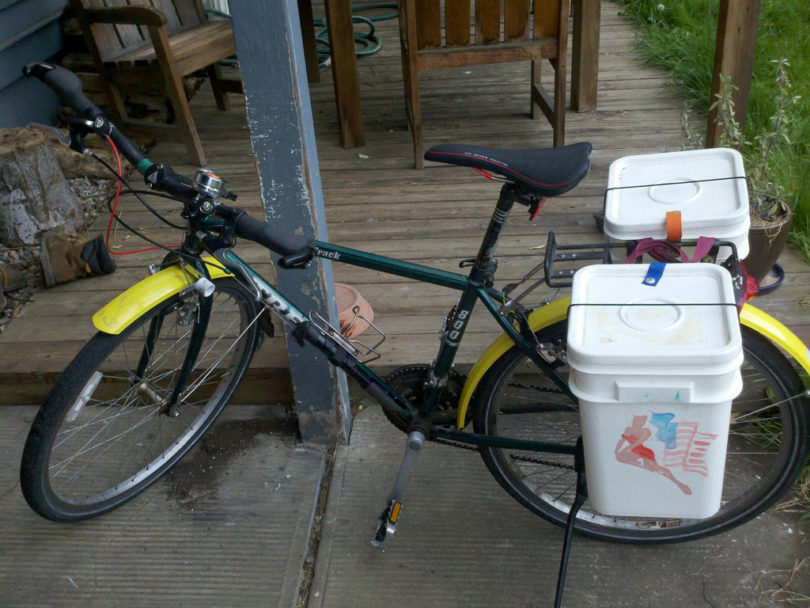 You should probably have a beater bike.

Your friends should probably have beater bikes.

That cycling snob neighbour who will scoff and tell you why you don’t need a beater bike?

He should get one too.

Why are beater bikes so handy?

What's the best use for them, and what makes the worth the investment? 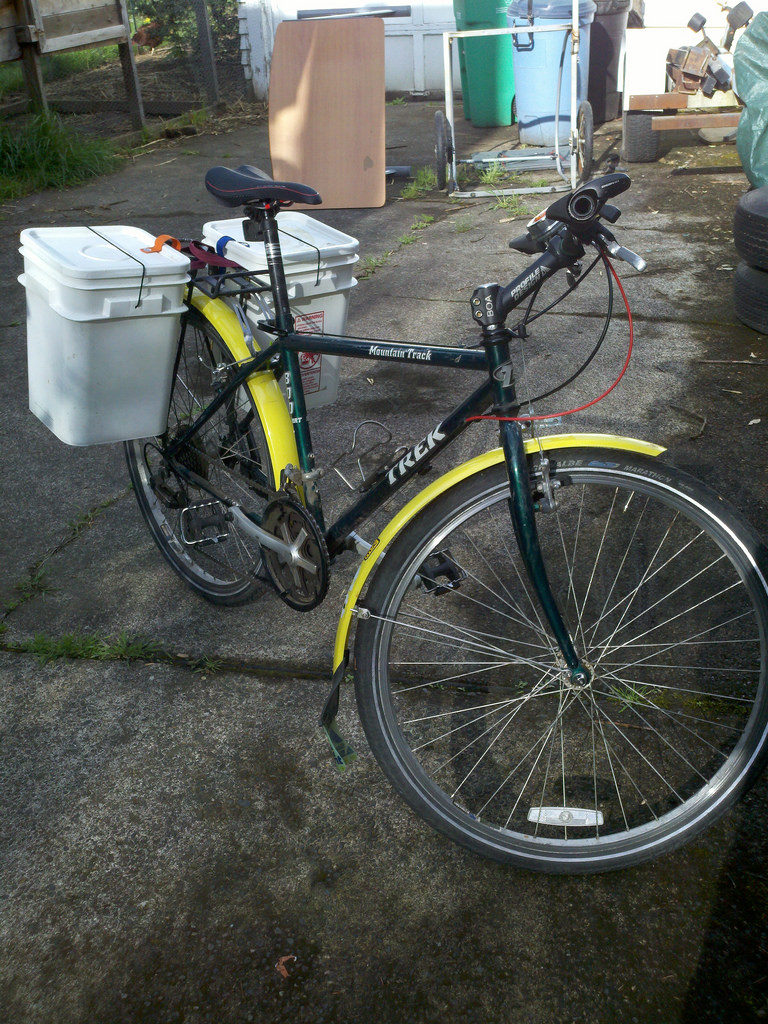 And what exactly is a beater ride?We hear your questions, and we’ve got some answers.

So let’s delve into the the topic.

What Exactly Is A Beater Bike?

You might’ve heard the term before, or you might have come across other names for this kind of bike such as pub bike, backup bike, bad weather bike, hack bike... You get the idea.

Basically, a pub bike is your second ride, one which you have no qualms about leaving out in the rain, possibly where it could be subject to thieves or vandals.

If one day you return to the cycle rack only to find nothing but a broken bike lock, lying in pieces on the floor, you might have one of two reactions.

If the bike in question was your main ride – expensive, sleek and the product of countless hours of construction, maintenance and care – then you’re going to be upset. It’ll likely ruin your day or even your week.

You may then start to chastise yourself over your decision to leave your beautiful bike where you did. You should have used a better lock. You shouldn’t have even taken it out just to run a few errands.

Now, the other reaction you might have would be much calmer. Mild irritation at most, really.

It’s never nice to find someone has made off with your ride – but, if said ride was relatively cheap, not your primary bicycle, and not of much sentimental value to you… Well, again, you get the idea.

This is where a backup bicycle comes in. It’s a matter of peace of mind.

So, with that said, let’s look at some reasons why you should own a beater ride. 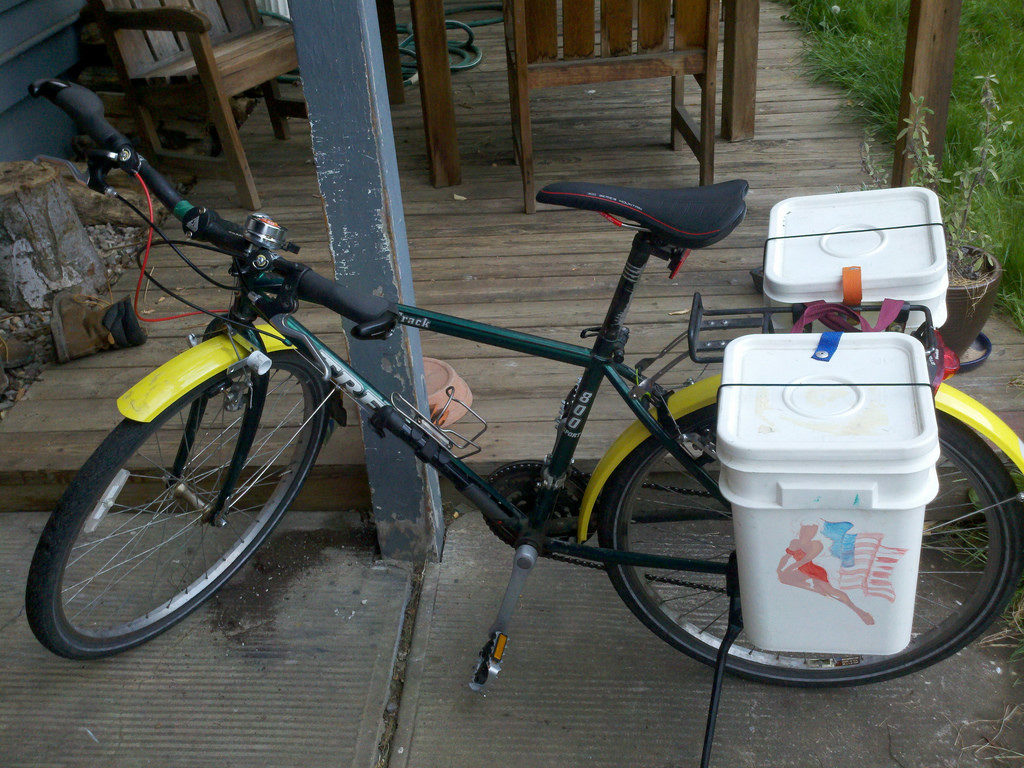 We’ve already covered this, but it’s such a big advantage that it needs to be restated. If something happens to your beater bicycle, you’re much more likely to shrug your shoulders and say “oh well!”, rather than become enraged.

Your beater will be inherently cheaper than your primary bike, so you’ll be more willing to take risks with it. You should, of course, still take good measures to keep your batered bike safe and secure.

Like a scuffed-up pair of trainers you’d use when you just need to cover your feet, a hack bike will be there for you when you need it.

If your favourite bike has a performance issue, say a bad tyre, then you know you’ll always at least have your backup on hand.

Another advantage here is when you have a friend visit. Maybe it’s a nice day, you’re looking for something to do – and hey! You remember you’ve got a spare bike kicking around the garage, ready to be used for a nice, casual ride.

Check out the video above by Locked In to see how to build the ultimate battered bike ever!

All bikes require maintenance. But, whilst you may spend hours tweaking and fine-tuning your custom-built, apple-of-your-eye bicycle, you might just apply the bare minimum upkeep to your beater. And that’s okay!

As long as your beater is in good enough condition to ride, and the brakes, chain, and tyres are checked regularly, you’re good to go. (Be sure your setup chimes with the highway code, too)

Plus, beaters tend to look about as attractive as their name suggests. So there’s less pressure to keep up a high level of glamour.

You might not impress that cute guy or girl passing on the street – but any other cycle enthusiast who sees you will probably just think: ah, they’re riding their beater.

Of course, it’d be cheaper to not have a beater ride at all. That is, until something happens to your high-quality bicycle, and you’re stuck wishing you invested in a low-cost standby.

A lot of people tend to put together a beater from spare parts they have lying around or which they can acquire for very cheap (or even free, if you know where to look).

But, even if you opt to buy your beater fully-built from a local shop or a one-time seller, it’ll likely be second-hand and therefore not too pricey at all. The cheap look of your cycle will also deter thieves, for obvious reasons.

5 - They can take a beating

Not that they’re inherently tougher than more expensive bikes, but more so that you’ll likely not care that much when damage or wear does occur.

This will allow you to ride harder than you might usually do, and even pass through terrain which you’d try to avoid with your primary bicycle.

For example, if you’ve always fancied a ride by the beach, but were previously put off by the potential sand damage and corrosion from the salt water, then your battered ride will be your best friend. It can handle the dirty jobs.

Just remember though – your bike might surprise you with how long it lasts, but it also might not. Look into what parts and components will offer the best balance of low-cost and durability, and then simply enjoy your new, pre-loved ride.

You never know, you might find you get more usage out of your cheap ride than your expensive bicycle.