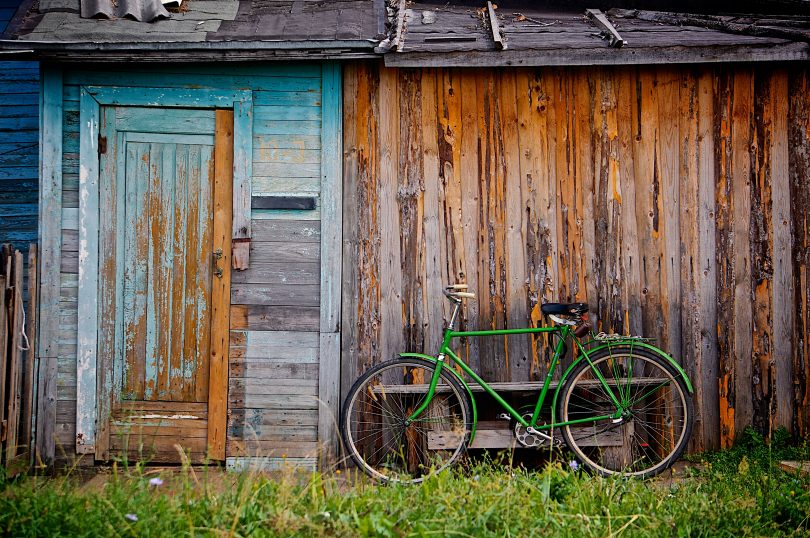 Here are some of the best bicycle frame builders. Enjoy

Most people think about bicycles, if they think about them at all, as either a child’s toy or a poor man's last choice.

Passionate cyclists know there’s more to them than this.

Related: How To Become A Bicycle Mechanic: My Top Tips

What Is A Bicycle? 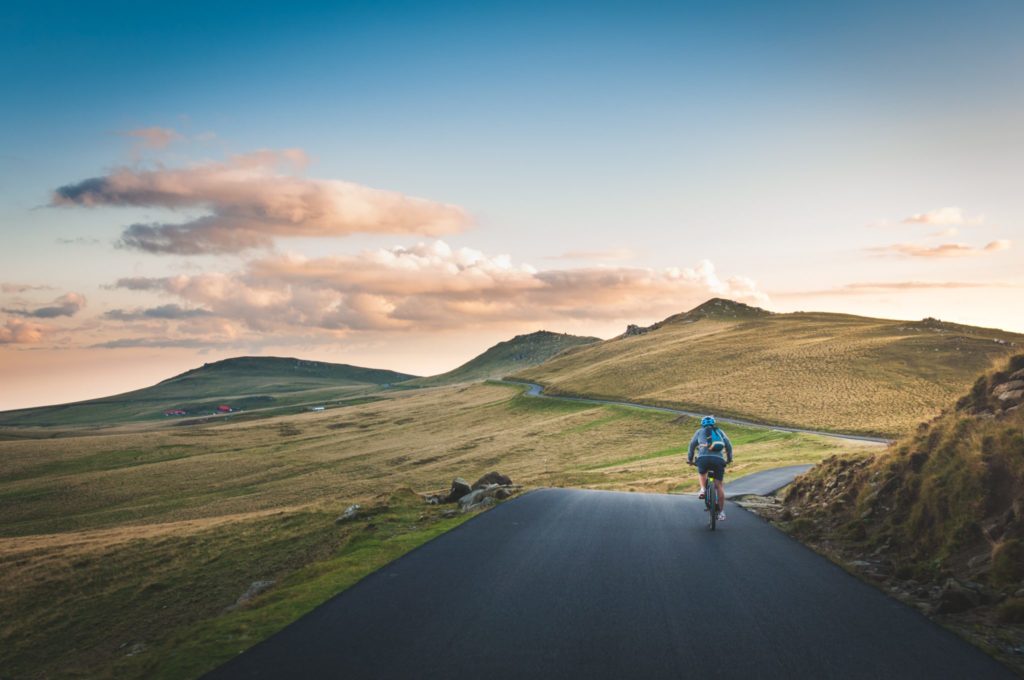 There are few better emotions than the immense empowerment felt from reaching the summit of a mountain in the middle of nowhere.

Few past-times can make you feel as young and as invincible.

As you rest to catch your breath at the top your hearts pounding. The air’s freezing, but you feel warm.

You begin the rapid descent down the side of the mountain, peddling faster and faster.

Scenery soon becomes a blur as your only focus is on the road ahead. Connecting to an energy far greater than yourself you weave in and out of potholes and fly past small farm houses.

Teeth are grit and hands are firmly clenched. You’re alive, and this is living.

If someone was to ask me “what's a bicycle?” I’d say, it's an experience.

Related: How Much Does A Bike Tune Up Cost: What's The Average?

Above is an excellent video from Walker Creative that talks about Field cycles. A great handmade bike company from Sheffield in the UK.

A small number of artisans helping to build on mindset are custom frame builders. Giving people the opportunity to be a part of the bike building experience from start to finish.

Customers are invited to meet the makers in their workshops. Tucked out the way these workshops are in people's back gardens and down side alleys.

Related Post  What Does Velo Mean?! Ohhh! I Never Knew!

Thick wooden doors and low ceilings give off the feeling of cozy village cottages. 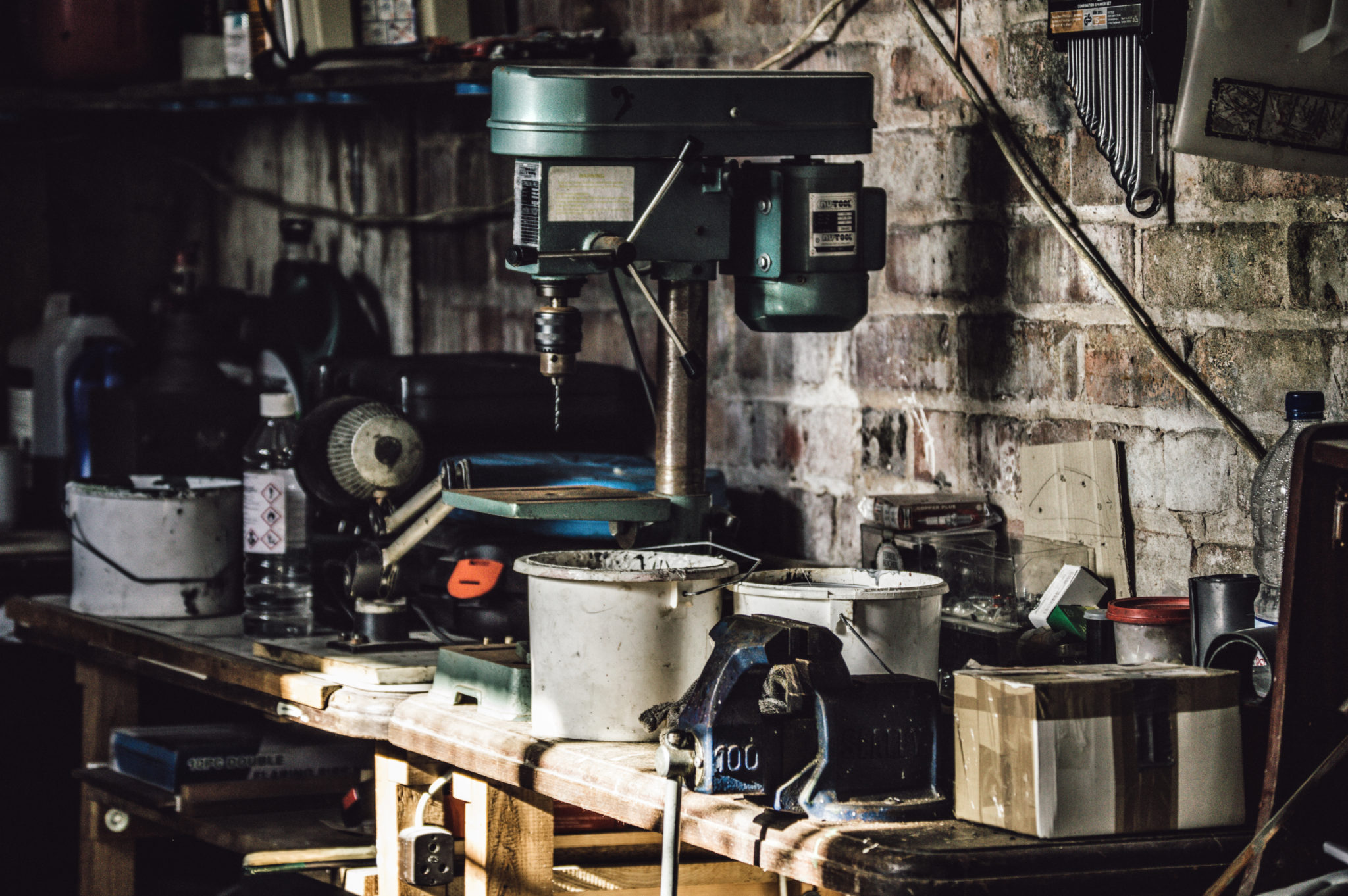 Meeting the maker is as much about making a friendship as it is about having a bike built. The interaction between buyer and builder is what makes the experience of a custom made bicycle great.

Through real conversations, a relationship develops, and the design process begins. The maker has a vision of what the person wants in their mind, and everything builds from that.

With a few simple tools and a little creative thought, they're able to create an object that can cycle across the world.

I’ve been on the hunt for these unsung heroes of steel and have come across seven that I feel demonstrate what the bike building experience should be.

Toad Custom Cycles design and hand build bespoke steel framed bicycles, using traditional methods and tools. The man behind the bikes is called Toby, but his friends call him Toad.

Each frame that he makes is unique and made to order. He initially built his business out of a converted old stable yard but has now moved to a dedicated workshop in Cambridgeshire, England.

He was the winner of the public vote at Bespoked 2015 and is well known for his unique 1960s inspired Tourer below. 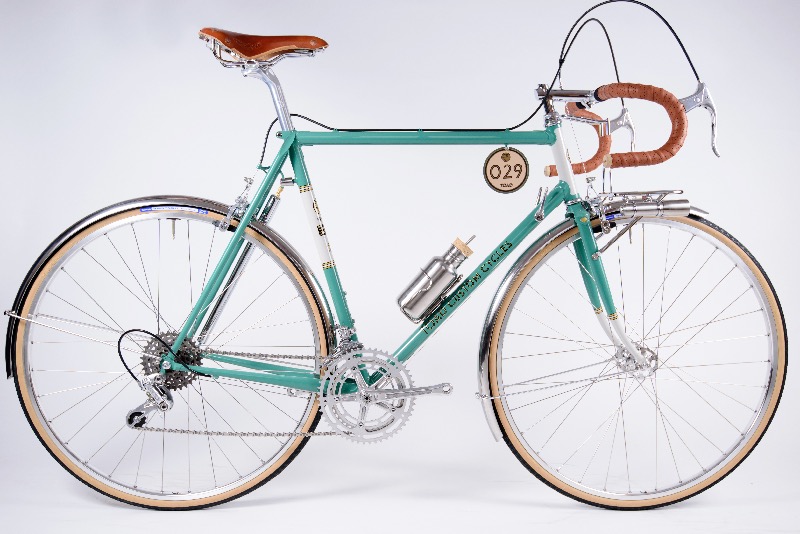 Demon Frameworks is relatively new the to the bicycle building world but is quickly making a name for himself.

Related Post  Cycling In Hoi An: The Easiest Way To Get Around

Tom Warmerdam first opened his doors to the public in 2009 and has evolved into a company making frames that are truly unique.

He does this by blending traditional methods with creative vision and modern technology. 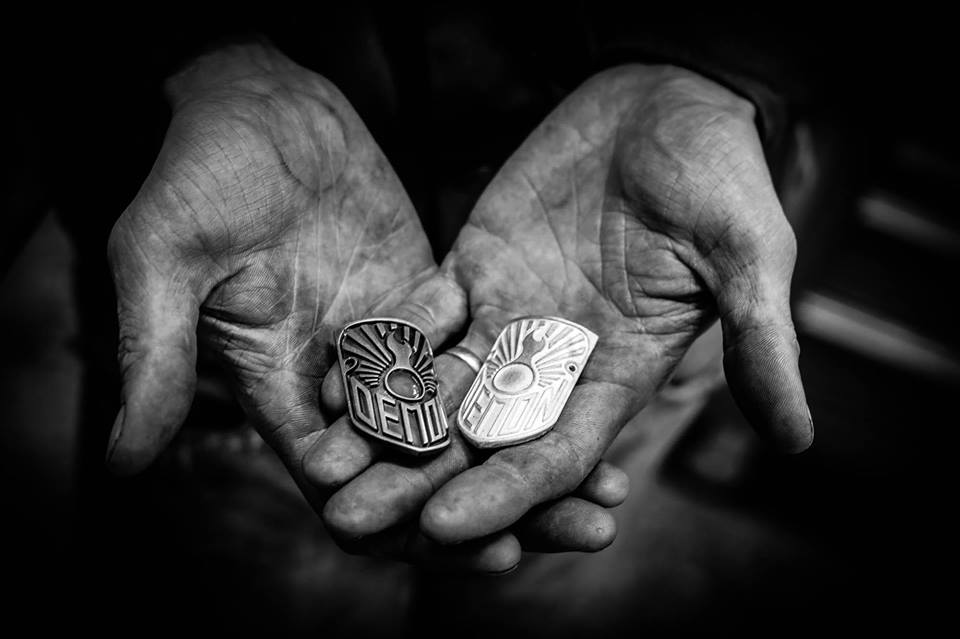 Sacha White is the mastermind behind the Vanilla Workshop. If you haven’t heard of him by now, you’re behind the times.

Sacha has been crafting bikes for 17 years. During his time as a bike messenger, he broke a frame and was inspired while watching a local frame builder fix it.

From that, the Vanilla Workshop was born, and the rest of the world was forced to catch up!

Sacha not only creates some of the world's most incredible bikes but he also travels the world spreading the good word about cycling culture. What a man!

Dario Pegoretti is one of the most renowned bicycle frame builders in the world. His quality seen by the fact that he has built more Grand Touring bikes than anybody else.

He works exclusively in Columbus Steel and if the frames themselves aren't beautiful enough, then the exquisite paint jobs will surely tip them over the edge. 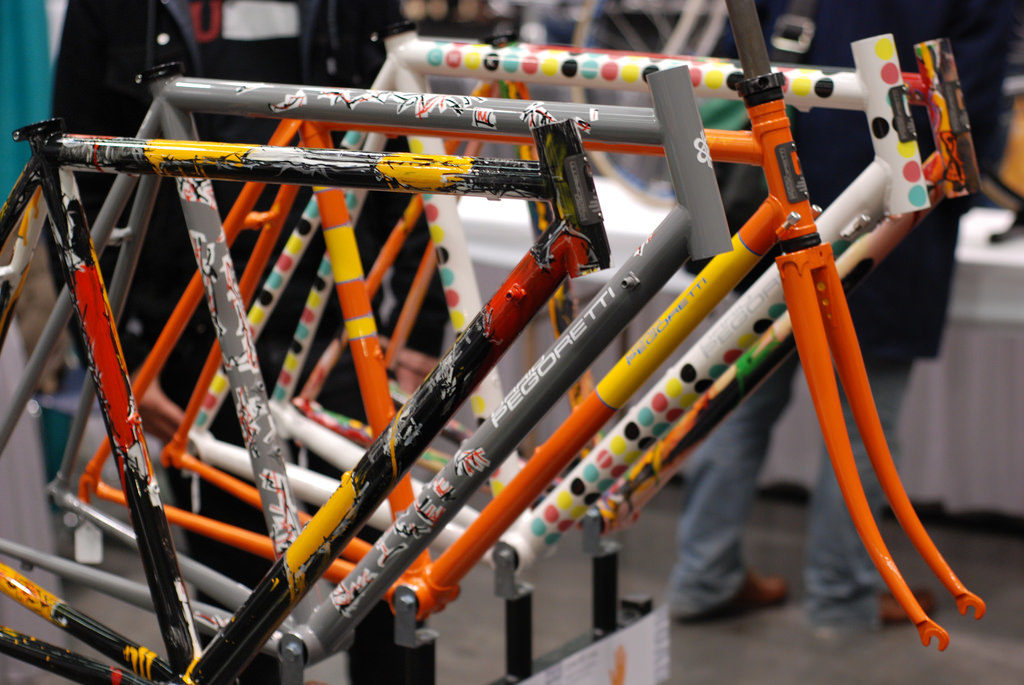 The current waiting time for a bad ass black cat bicycle from maker Todd Ingermanson is over a year. The long waiting line is a testament to the high-quality bikes that he’s building.

Any frame you could think of can be constructed by Ingermanson, from a slick road to a robust mountain or even a cyclocross.

Read his about me section, and you’ll learn who this guy is. He’s a simple man that likes road bikes, rock and roll and machine tools. Other than that he lets his bike do the talking. In his words: 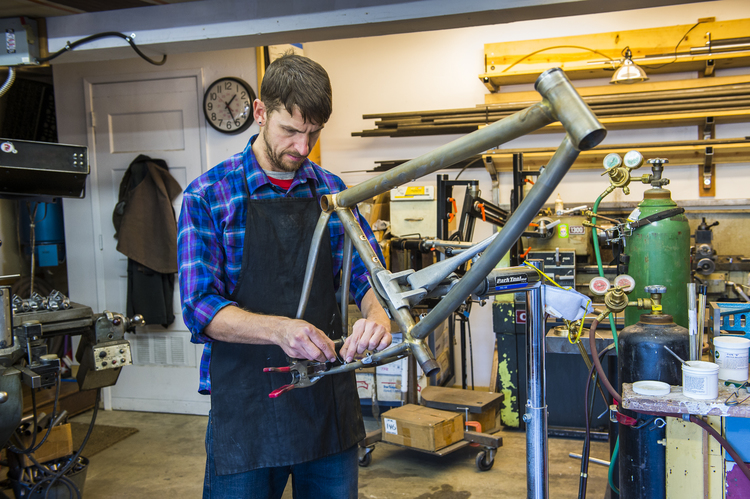 Feather cycles are a small company based in the North of England (close to where I went to University). They remind me of what bicycle frame building is all about.

Related Post  How Much Time Does It Take To Become A PT? Let's See

Not only do they understand the process of customs bikes, but they're also good at it.

Over the course of four years, they’ve taken home four different awards from England’s prestigious bespoke bicycle show. The awards ranged from best track bike in 2011 to the winner of the public vote in 2013.

The breadth of their awards are testament to the incredible craftsmanship that’s gone into creating these bikes and some of the nicest bikes I’ve come across. 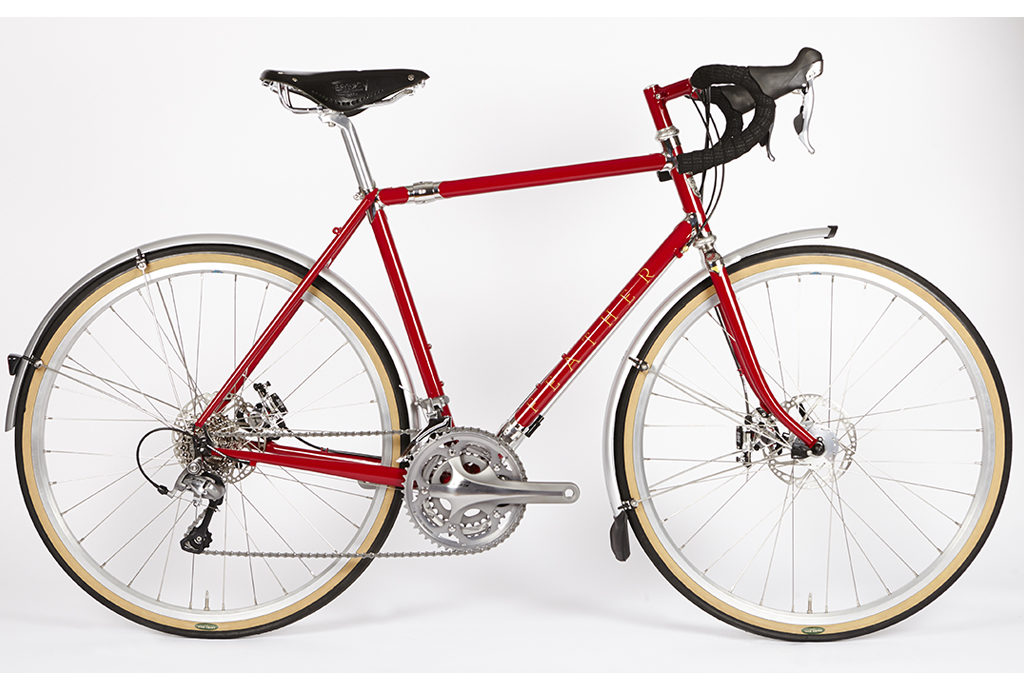 Saffron builds bicycles that are as beautiful as they are functional. With each one being uniquely handcrafted for the buyer. By understanding what you want from the frame they design the frame matching your geometry and cycling goals.

Then after some measuring, cutting, brazing and aligning a perfect bicycle sculpture is carved out just for you.

They only make a handful of bikes each year, so you know that the ones they create are made with attention and care. 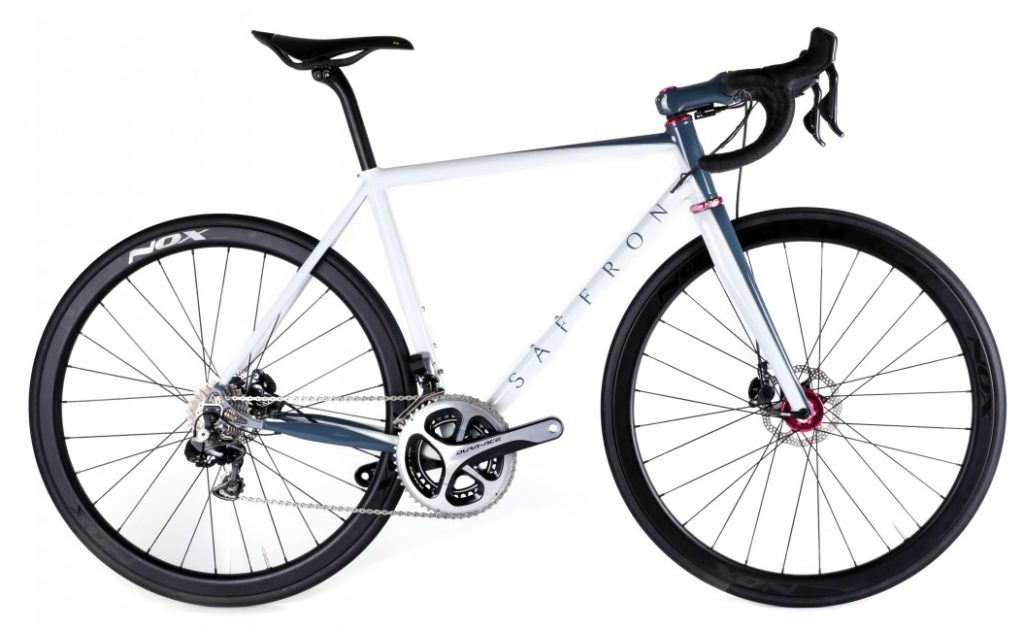 Something To Keep In Mind

Some of the best bicycle frame builders are ones that have no digital presence at all, so I encourage you to go to out there and find them!

On a final note, here's a video by "Made By Hand" I love.

It's inspiring and incredibly sad at the same time.

Join Us on Social