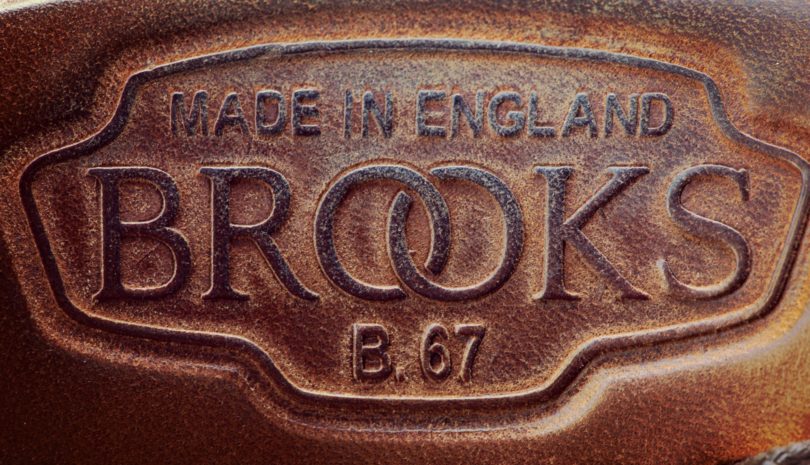 Before we begin this Brooks B17 Imperial review, I think you'll agree that a lot of ink is spilled over England’s Brooks.

I'd go so far to say that the mere image of these handcrafted leather saddles provokes passionate debates. Debates so intense that the simple attributes of the saddles themselves get overlooked.

I’m going to cut through all the arguments. 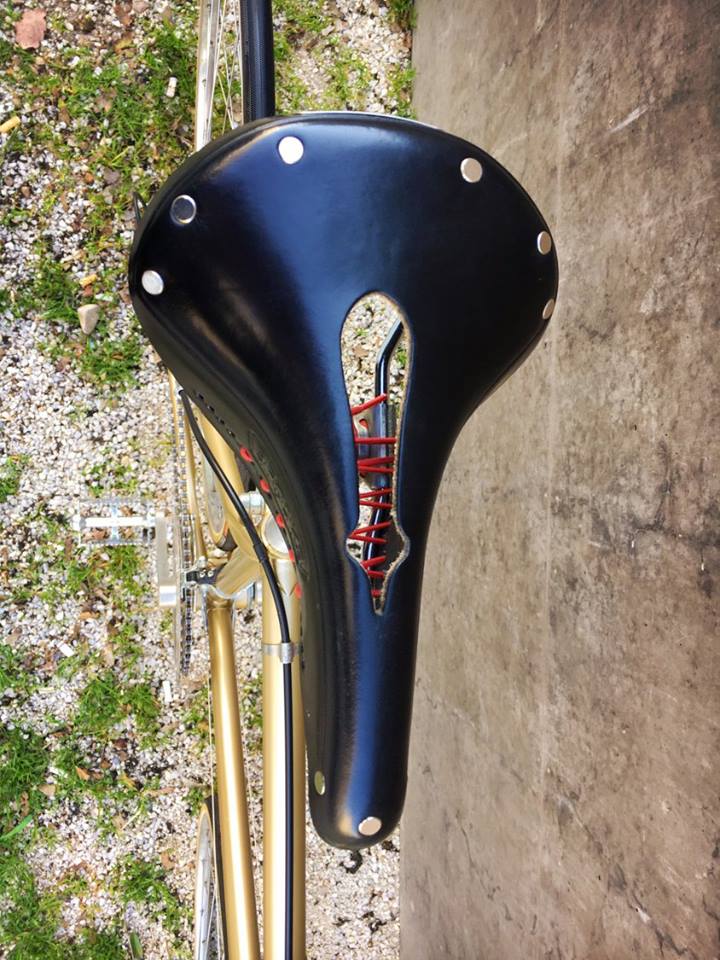 Brooks are weighty, tough, leather saddles. They'll either conform to your body over time...or they won't. 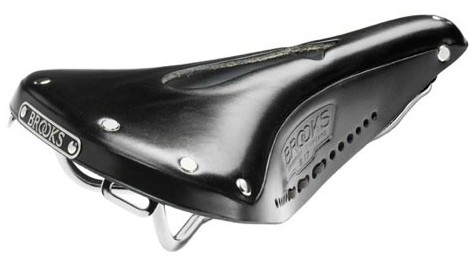 Many riders value the saddle as the best investment they’ve ever made. The Imperial model gives additional relief to those who need it.

With a bit of old-school patience and commitment, this saddle may just become the most comfortable place you rest your arse.

A Tradition Of Craftsmen

Brooks has one of the highest reputations in cycling, and they’ve earned it through more than a century of expert craft.

Founded in 1866 as a leather-goods manufacturer, the turn to saddle production supposedly came in the early 1880s, when founder John Boultbee Brooks sought a more comfortable alternative to the wooden seats on bicycles of the day (puts things in perspective, eh?).

The company flourished. Its revolutionary design of leather stretched over a steel frame and supported by thick steel springs became a standard-bearer.

The cultishly adored B17 was born around this time, and it looks nearly identical over a century later. Production of these saddles remains firmly traditional. Depending on skilled craftsmen and women with decades of experience.

Visiting the factory is a step back in time and a welcome contrast to the world of high-tech, mass-produced components. 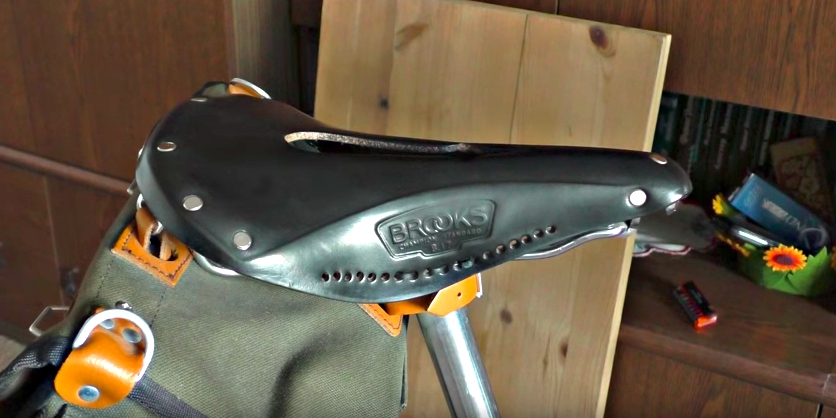 Why Leather, After So Many Modern Advances?

There’s a reason Brooks has committed to sticking with this natural material for its saddles; it has unique properties that are nearly impossible to replicate with synthetic materials.

Related Post  Best Padded Bike Shorts For Men: Some Gear For Your Rear

Properly cared for, the saddle’s leather surface will, over time, degrade slightly at the points where it bears weight - the rider’s sit bones.

As the fibers break down, the saddle softens and develops dimples where the sit bones rest during riding- eventually resulting in a buttery-smooth saddle that’s shaped by you, for you.

No two riders’ saddles are alike, and veteran Brooks owners treasure their well-worn saddles like Gollum does his ring.

About The Brooks B17 and The Imperial

The flagship B17 is considered by a worldwide cult of owners to be the greatest saddle ever created.

The 5mm thick leather top is stretched over a metal frame to form a shape with generous width at the sitting point. The leather is flapped down at the sides and riveted onto the frame at the rear.

Like all Brooks leather saddles, the front is held in place by a bolt that can be extended slightly over the years to correct any sagging of the leather.

Two steel springs at the rear provide the slight suspension that is a key part of the saddle’s legendary feel.

Backed by the beautiful, iconic metal Brooks nameplate, the saddle is a work of art to its devotees.

The Imperial model reviewed here (men’s in my case) has a welcome feature for cyclists who’ve suffered "numbness" - a cutout down the center of the seat to relieve perineal pressure.

A Perfect Saddle - For Some

The Brooks Imperial is well-loved by its devotees, but it isn’t for every rider.

My touring bike, the stable and comfortable Kona Sutra, actually comes stock with the regular B17, a nice touch that indicates the bike’s true purpose. I put this and a few other saddles through their paces before settling on the Imperial, and that’s the saddle that’s staying on my Sutra for good.

I tried a few other saddles, including the vulcanized-rubber Brooks Cambium I use on my cyclocross bike. But I preferred the smooth feel of the B17 and switched to the Imperial for added comfort.

A number of long rides and multi-day tours later, I don't see myself mounting anything else on this bike.

Perhaps the best test I’ve had is a 6-day ride from Pittsburgh to Washington, DC. I went along the Great Allegheny Passage trail and the rutted C&O Canal towpath.

The ride was a fantastic adventure, but it wasn’t all smooth sailing, especially on the 185-mile C&O Canal portion from Cumberland, MD to DC.

The path is gravelly, and the surface sends a constant teeth-chattering vibration through the bike’s contact points. At 60+ miles a day, that can get pretty fatiguing. My hands and wrists were feeling at the end of each day.

Luckily, the B17 was an absolute champ. It soaked up vibrations and kept me comfortable no matter how rough it got.

After that ride, I was sold. Since then, my B17 has only improved in feel, as the leather has softened and molded itself into my own unique saddle, custom-shaped by me, for me.

I may never go shopping for a new saddle again.

Watch the video below by CaptainBobAdventures to see the unboxing of an Imperial.

Unlike most modern saddles, the materials and construction of the B17 require a bit of maintenance.

Alternatives To The B17 Imperial

A popular alternative comes from Selle Anatomica, founded in 2007 as a competitor to Brooks.

Their X model is longer than the B17 and has longer rails, allowing for more setback flexibility. The cutout is also a bit longer, which offers better relief to some riders. Pricing is about the same.

It doesn’t feature a cutout and has a very firm feel preferred by some. The break-in time is said to be a bit shorter than the Brooks as well. Pricing is slightly gentler at about $100.

There’s something satisfying about owning a Brooks saddle. In a world where we’re constantly presented with the newest, most advanced gear, it’s a symbol of cycling’s long traditions and of timeless craftsmanship.

I admit to a moment of appreciation for cycling history every time I hop onto my touring bike’s well-conditioned B17 Imperial.

But for me and countless other Brooks fans, it’s not just about the past. The B17 is a product that hasn’t changed much because it doesn't need to.

It’s been well over a century since the first B17 saddle came out of the Brooks factory, and despite all technology’s advances between then and now, there isn’t a thing I’d change about mine.