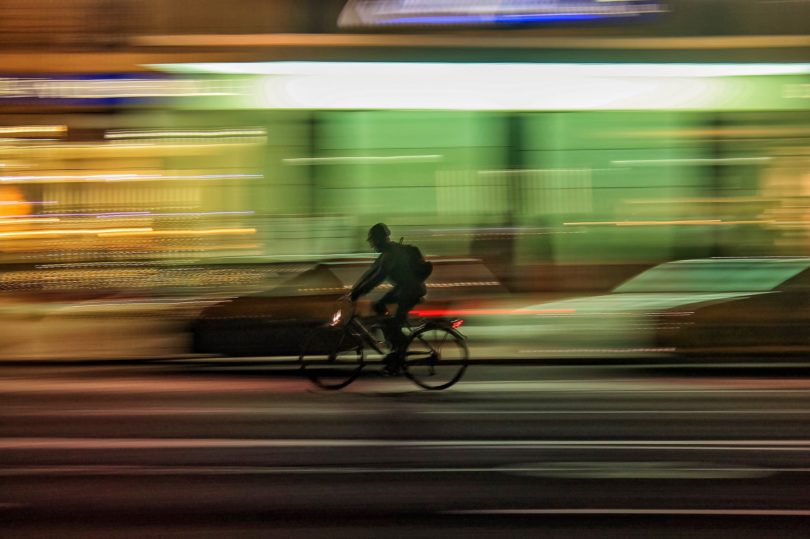 We’ve all been in a situation where you need to run a last minute errand at night.

If you’re a cyclist without lights on your bike this can be tricky. Or perhaps you’re out on tour and the batteries on your lights give out half way through a night trip. 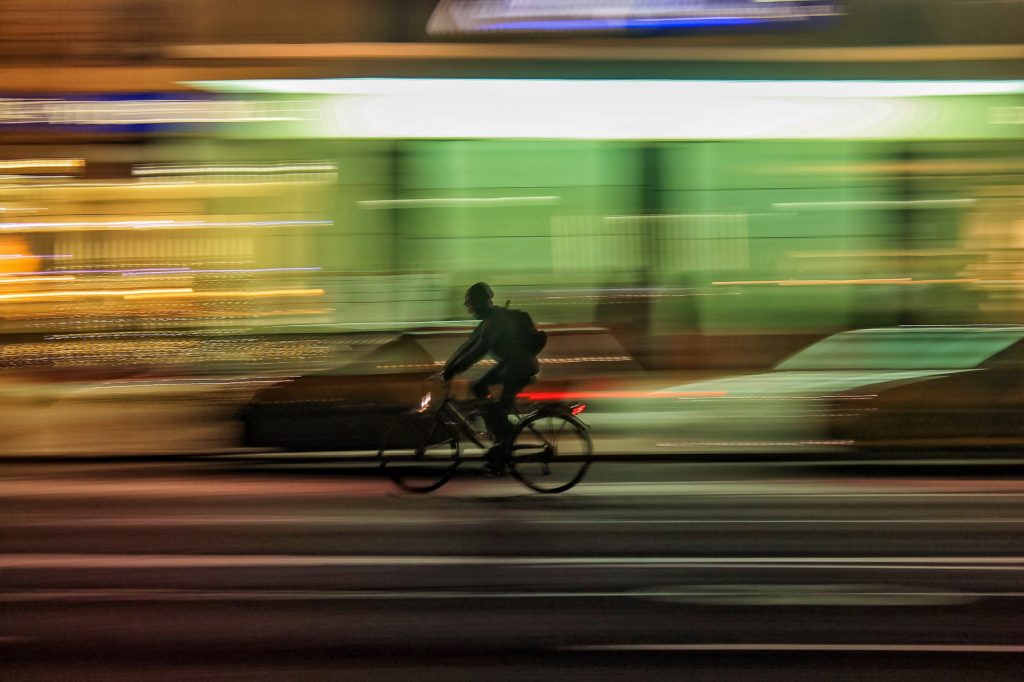 Neither scenario is fun and lights are crucial for any serious cyclist. I’ll examine two of the best options out there, with the Cateye Volt 700 vs 800.

If you don't have time to read the guide then I'd  just go for the 800. The stronger beam and extra 30hrs of charge are invaluable. 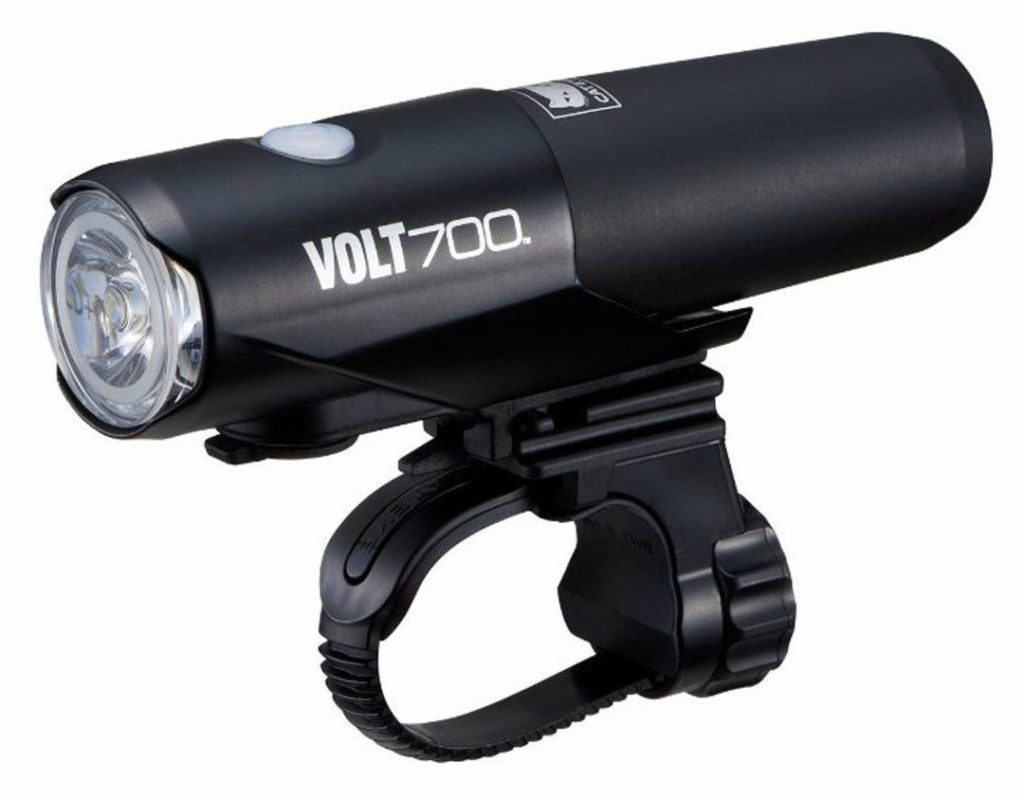 Cateye is a Japanese company, founded in the 1950’s.

They create all kinds of interesting things for cyclists, integrating modern computing technology with the demands of a cyclist, producing the latest speedometer, cardiac monitors and more.

On top of this, they're really big on safety and that's where lights come in.

The Cateye Volt 700 and 800 both have the really neat feature of being rechargeable and this is accomplished with a mini USB port. I personally think this is terrific. There's no need to carry some battery recharging device around with you, if needed you can simply plug into a laptop or PC.

Both the Volt 700 and 800 also come with a FlexTight bracket, making it very easy to connect to the bike frame or handlebars, as well as adjust when necessary. In fact, they're almost identical in terms of additional features.

The key difference comes down to lumens. Lumens is just a fancy word for how much and how strong the light emitted is per second. The 700 produces 700 lumens, and the 800, 800 lumens.

Therefore this Cateye volt 700 is not quite as powerful as the 800. Surprisingly it also comes with less battery life, lasting up to 50 hours before it needs recharging, compared with 80 hours for the 800.

This reviewer obviously really likes these lights, and it's worth noting he also bought and owns the 300 version, which is another light produced by Cateye. He notes that the 700 is considerably brighter, and then he writes something really interesting. The 300 came with a helmet mount, which as far as I can tell the 700 does not.

There is some commentary about both the 700 and 800 being difficult to mount on helmets, which you should bear in mind, particularly if you're a mountain biker used to fixing a light to your helmet to maximize what you can see on the trails.

The handlebar mount is strong and firm, being flexible while also not moving when jolted, which is exactly what you want in a bike light. Overall he gives this 5 stars and loves the volt products in general. 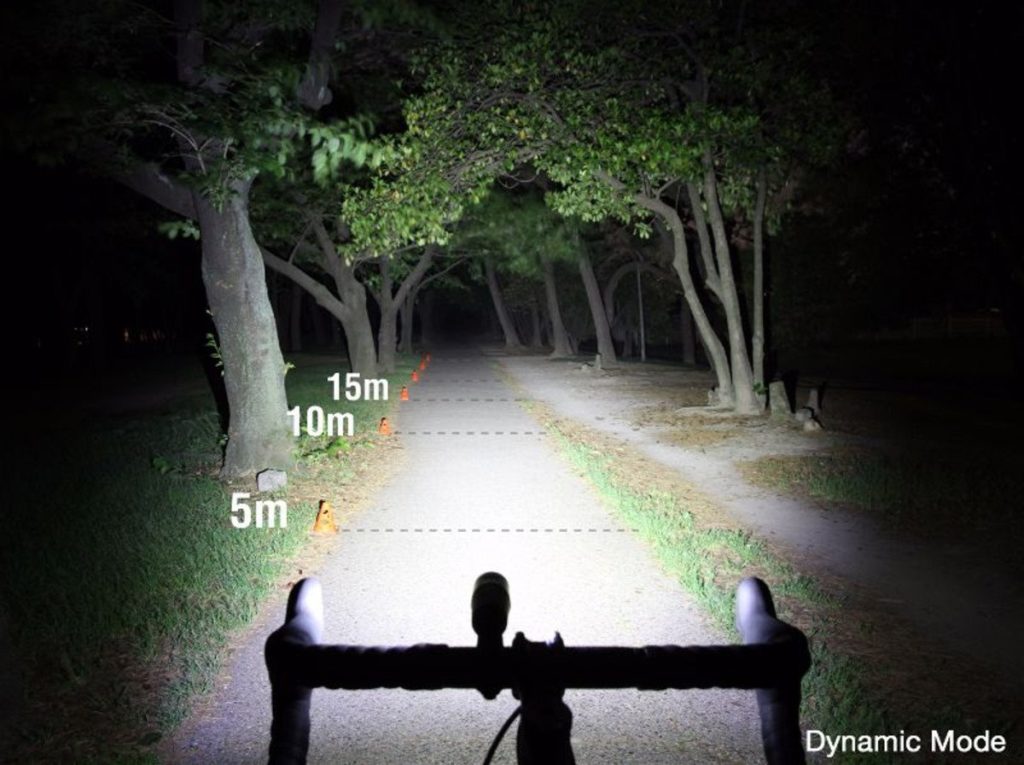 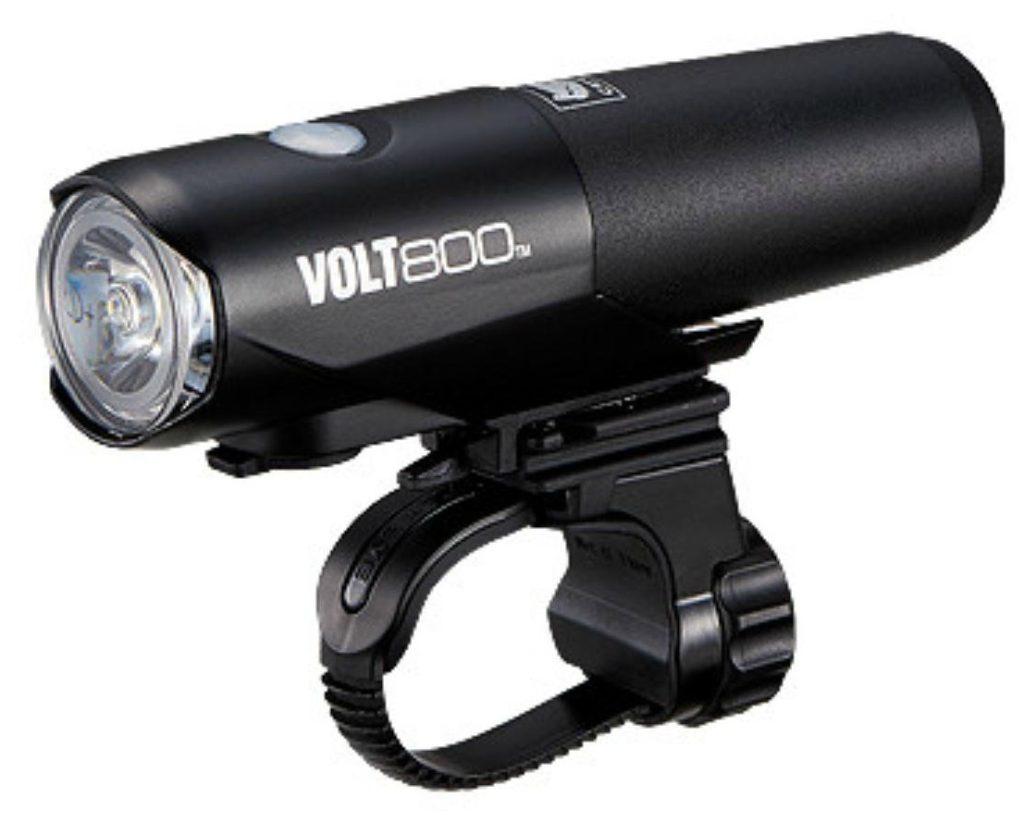 As mentioned above, the Cateye company has been around for a long time. It's almost a staple when it comes to bike safety and lights.

As far as lights go, another thing to note is their creation of the first bicycle headlamp using LEDs.

I had no idea this design had only been around since 2001 and was created by Cateye.

So let's look at the Volt 800 specifically. As noted, it does have more lumens than the 700. This means it shines brighter. Remarkably the battery life is also longer, at 80 hours. I'm not sure how they managed this but it's a big plus in my mind.

As mentioned already, both the Volt 800 and 700 come equipped with a mini USB charger. This really does making charging so simple. You get to work, open your laptop and stick your light in for charging.

In northern countries where commuting back from work occurs in the dark for half the year this means you never need to worry about the light blinking out on the way home.

A rubber seal around the USB charging point also means both the 700 and 800 are still waterproof. There will be no short-circuiting as long as you make sure to close the port correctly.

This reviewer bought the Cateye after using another product and in his mind, the brightness on the volt 800 is much superior. A definite plus! He goes onto talk about the battery being removable.

This is really important because over time even rechargeable batteries run out of life and this means they can be replaced very easily. Good job Cateye.

Another reviewer explains that he usually uses the lowest setting for commuting and it is more than enough light for his needs.

The battery lasts about 2 weeks worth of 30-minute commutes for Jeff, which is good to know for the average commuter working if recharging will be a hassle.

A great review, this light seems to have very few pitfalls. 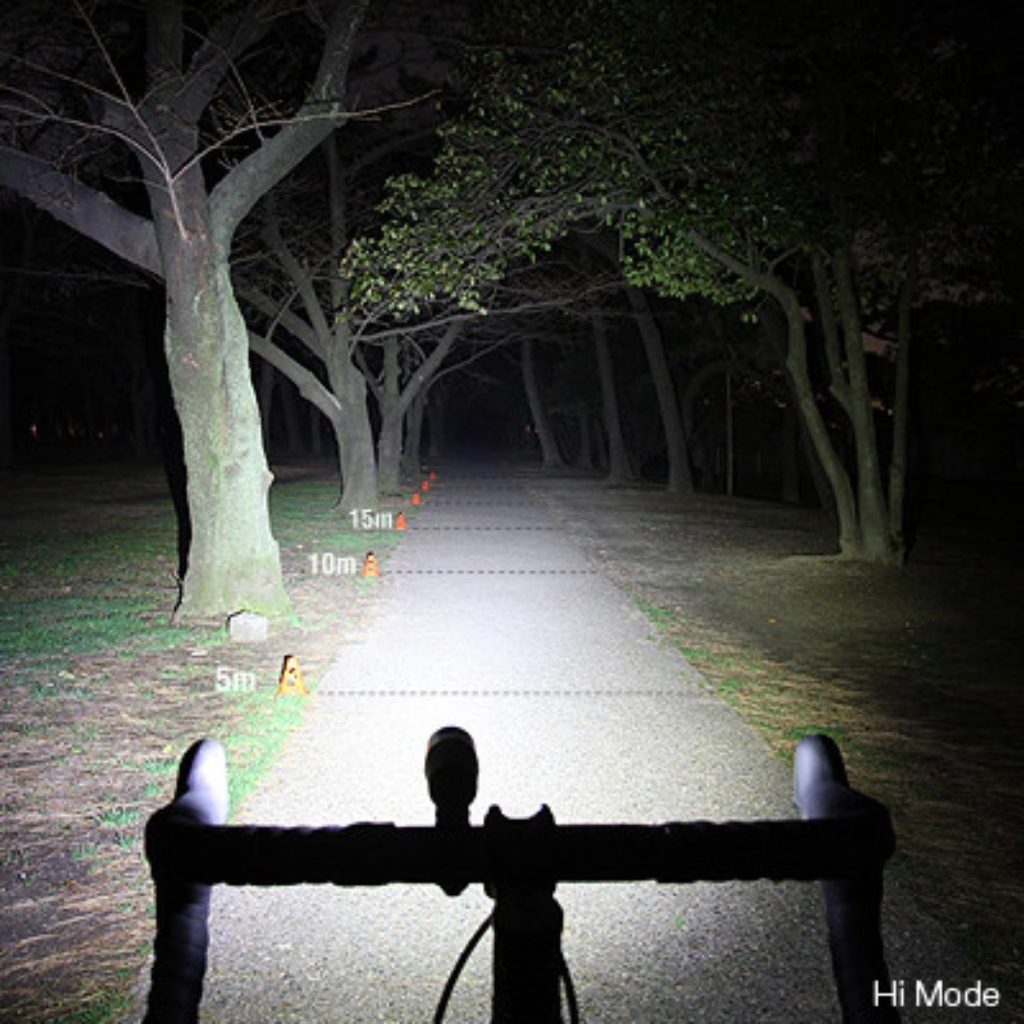 If you're looking for your traditional bike headlight, that will be bright enough for your needs no matter where you are then the 700 and 800 are excellent buys.I’ve also reviewed a few other bike lights you can take a look at here as well.

If you're mountain biking and want a helmet mount so that you can swivel 360 and spot obstacles better, it seems there may be better options out there. This is only due to the FlexTight bracket. It may be possible to find an alternative mount for it.

Instead of mounting the light directly onto the handlebar, CatEye uses a FlexTight bracket for both these products. Similar brackets are used by different brands, but it makes the installing and removing of the light much easier.

The bracket fits onto the handlebar and can be placed wherever the cyclist feels it is best. The light then fits onto the bracket. It can be removed when you reach a place of work or rest, so there's no danger of it being stolen.

Light for every ride

The light for every ride feature means that both these products offer more than just one beam.

There's a high beam which really only needs to be used in places where there are no other man-made lights.

The high beam is extremely bright. The other settings are less intense and better for commuting around a city so you don't blind the people you're cycling past.

On top of that, there is also a flashing mode. Please remember some countries never allow the use of a flashing light, but I find it is much better for daytime travel when one steady stream of light is hard to spot.

For some more tips on cycling safety check out this article by bicycling.com.

The mini USB port charger is also available on both the 700 and 800. While both lights can be charged with a normal cable, the mini USB gives it some needed flexibility.

I think the ability to plug this into any USB charging port is brilliant. Remember, that USB ports do generally charge slower than your average connection, so if you're not in places where you have the time to charge via USB this will be a feature you won't be using very often.

Related Post  Best Grease For Bike Pedals: Which One Will Keep You Lubed Up?

It should be noted that the charging port is sealed with rubber, making it waterproof. Just make sure when you remove the charger that the rubber seal is closed properly.

This set is a cheaper option than the CatEye.

What makes them cheaper? Well, they are powered using regular AAA batteries, and these will need replacing.

They are specifically about being seen, rather than allowing you to see a long way ahead. I wouldn't use these lights if you are out of the city or decently lit areas.

The two Cayeye products can be used out in the middle of nowhere, these ones will not light up your path very well in those conditions.

They do provide free reflectors which I always think are underrated, and they are close to $100 cheaper. If you're not cycling in pitch darkness and it's for a dusk commute then these might be ideal.

This is a rechargeable light which is a direct alternative to the Cateye products. Again, they are considerably cheaper, but the trade off is obvious.

These lights are not designed to last weeks without charging, they are supposed to run on the highest setting for 2-3 hours. You will be charging them every two days at the least.

Don't buy this if you're a touring cyclist, but it's an affordable option for the average commute. They even come with a special wide beam on the front light, designed to attract attention during daytime rides.

My starting point is always if the cheaper product does everything you need it to do, then buy it. With this in mind, I would buy the Volt 700 for zipping around the city or weekend trips.

If I was planning a long tour then the Volt 800 is definitely the way to go. Those extra 30 hours of charge will be invaluable. 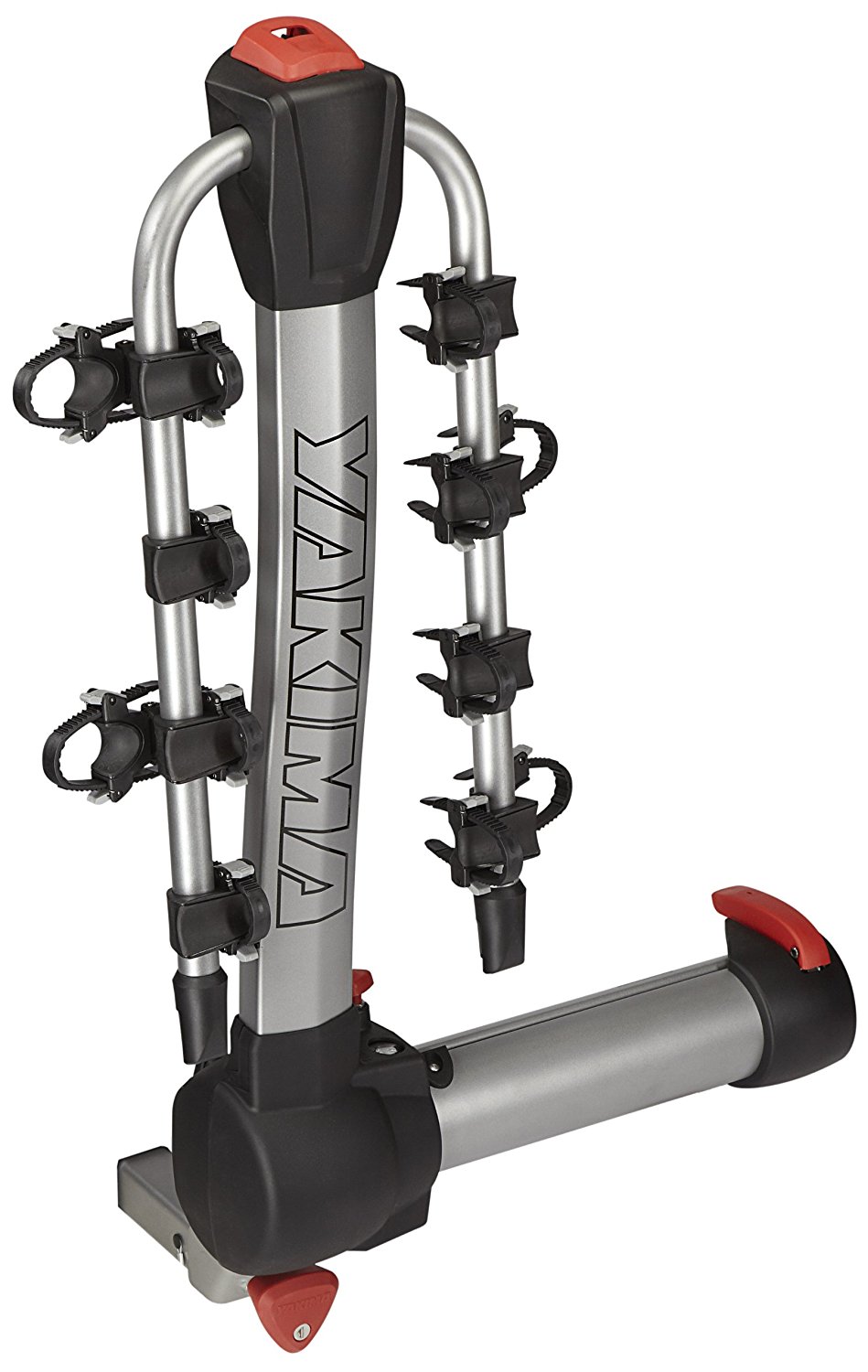 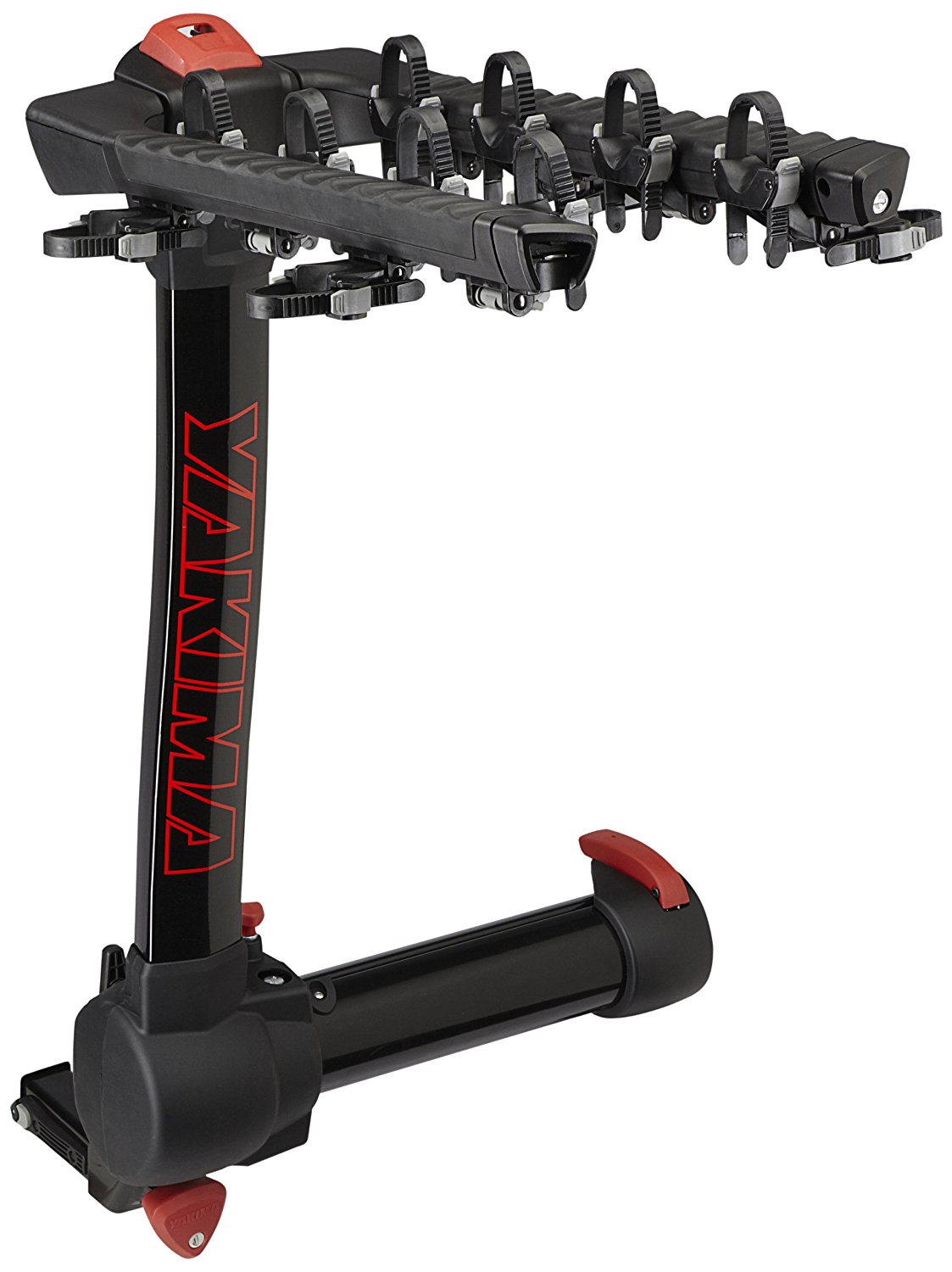