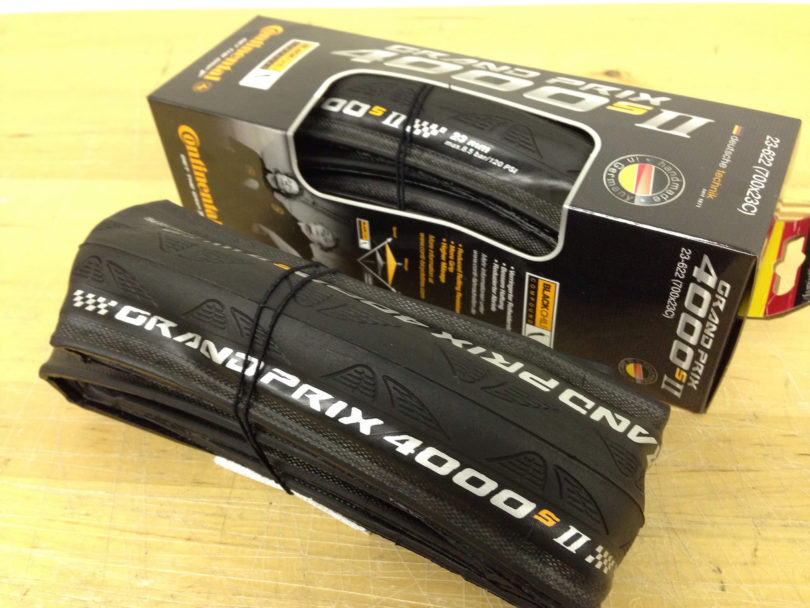 Fitting the wrong tyre on the wrong bike can reduce performance or cancel out it’s intended use. 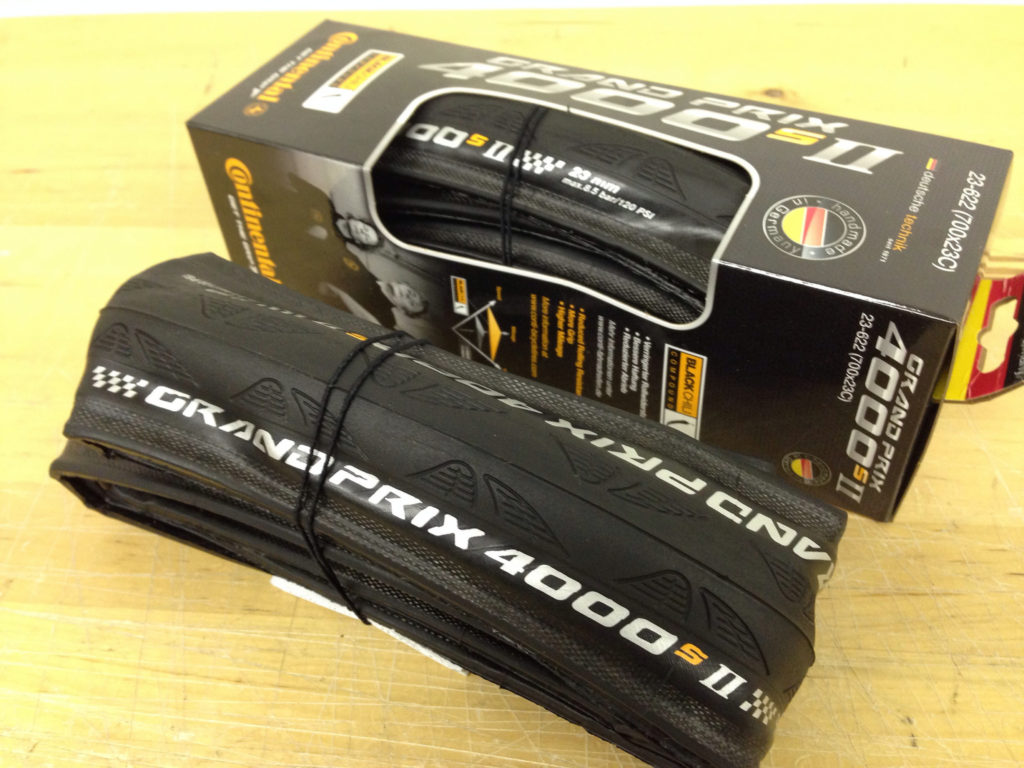 I’ll be examining the Continental Grand Prix 4000s II vs 4 Seasons and letting you know which is best for you.

If you're in a hurry, my quick summary is​ - If you're a commuter I'd go with the 4 seasons. You need the added durability. (These are my personal choice)

However, if you're a racer, looking for speed more than anything else then the 4000s are the better option.

For my detailed review. Read on! ​ 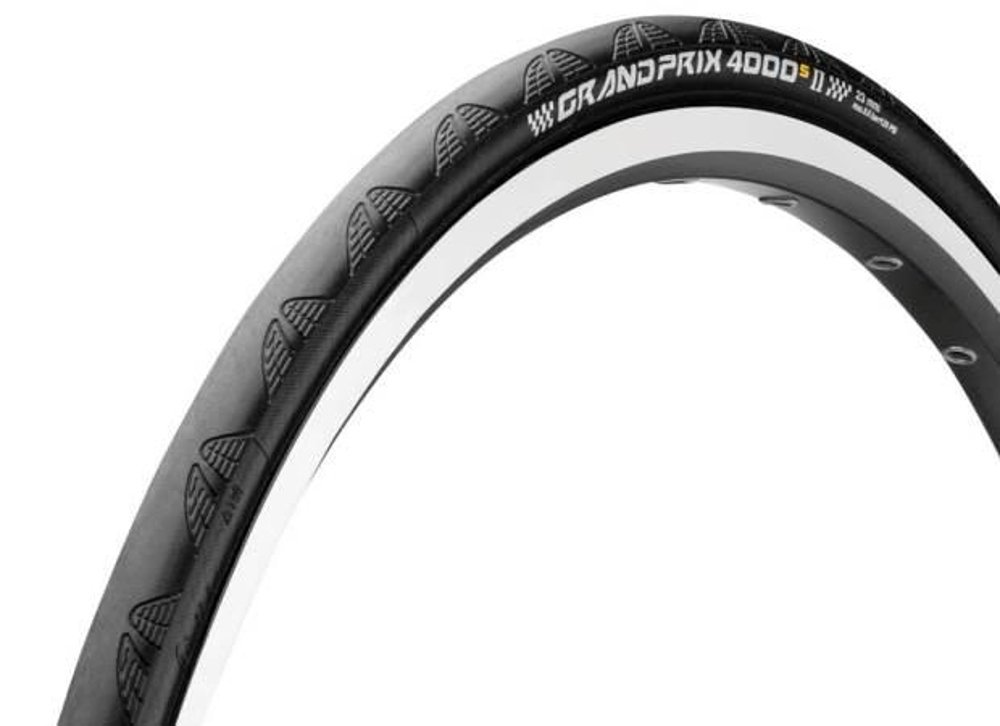 Continental might be most well known these days for its car tyres, but it started off producing rubber tyres for bikes and carriages all the way back in the 1800's.

Throughout the last century and a half since their inception, Continental has had plenty of experience to learn from and build on.

They make great bike tyres, and design them to look good, do their job with excellence and make whatever bicycle they're attached to, better.

The Continental Grand Prix 4000s II, unlike it's competitor, is designed with the road bike in mind, particularly the street racer. Everything about it, from composition to tread is created for speed.

Firstly this is their explicit racing design based on the same tyres used in professional racing, unlike it's rival which is created with harsh winter weather in mind.

Secondly, the rubber itself is made from advanced black chili rubber, which is used to create less rolling resistance while simultaneously going further. In other words, you'll get more mileage out of it and you'll go quicker! 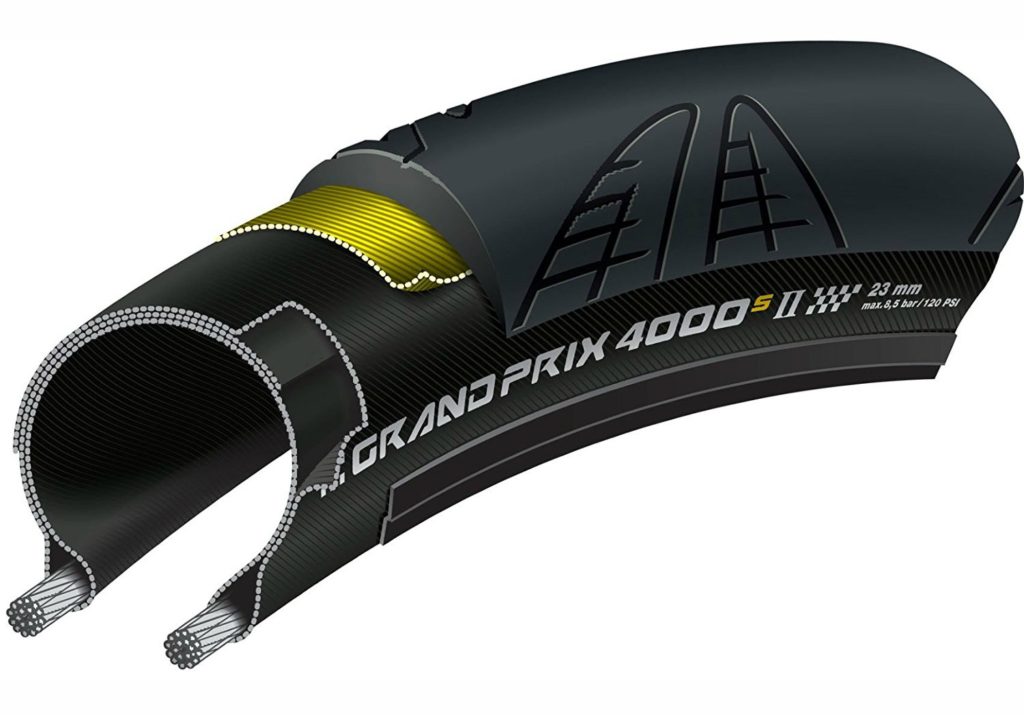 I'm not a physicist, so I'm unsure how this is possible, but we'll examine the promise later.

This reviewer gives a great overview that sums up the strengths and weaknesses of this tyre perfectly. He’s a cyclist that travels a lot, in fact, he cycles thousands of miles a year and uses these tyres which he agrees are puncture resistant as far as tread damage goes.

He also notes that the rolling resistance is less than other he's used. So far, so good.

Then he points out the one glaring weakness in the design, lack of sidewall protection. He has personally had two blowouts with these due to that lack of protection.

He still loves them, and he still uses them but he urges extreme caution when riding on them.

This design is another road tyre. Like any Continental tyre, it benefits from the experience Continental has gained over the last 150 years.

One thing I did not mention earlier is that all of their tyres are handmade in Germany. It's a proud tradition that Continental is happy to continue.

Handmade tyres mean they are not left to mass production conveyor belts, and usually, leads to higher quality control since all products are inspected closely at every design level.

Continental have a compound, which they understandably don't share, that they use to create this tyre. This compound helps it weather wet surfaces and cold temperatures better than the 4000s II model and this is true at the very highest levels of competition. 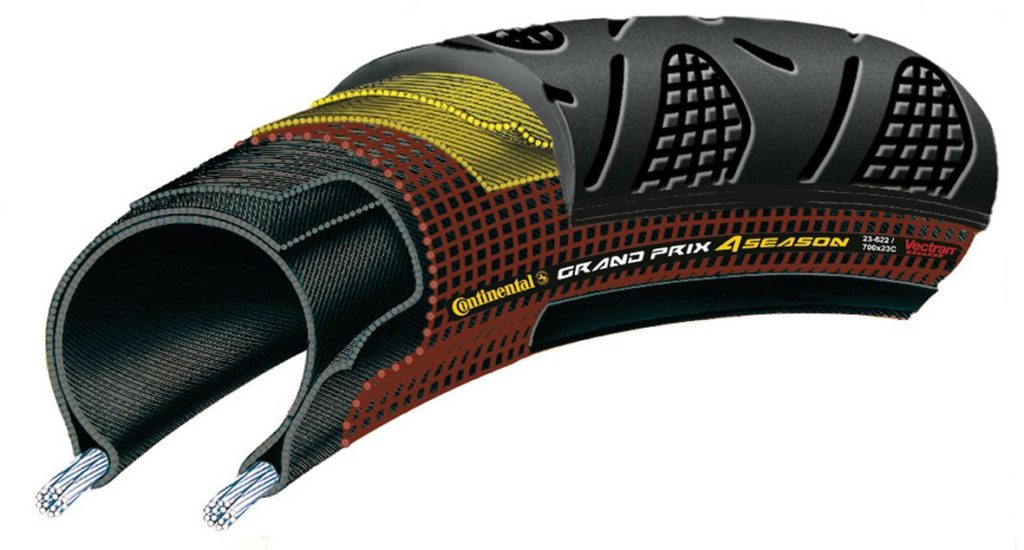 As with the 4000s II, the these employ Vectron technology to make it more puncture and tear resistant, while the dura skin technology gives added protection to the side walls.

Scuffing a curb, or rubbing against the side of a rock shouldn't damage these tyres. They are created to withstand harsh treatment.

Check out the video below by Hoodz H90 to get his first ride thoughts.

This reviewer is very happy with his purchase. He’s a touring cyclist and just finished a 12,500 mile ride. During this time he had to replace the back tyre twice and the front tyre once. If you’re not a touring cyclist, let me tell you that’s very good.

He explains that even when he was forced onto a trail and off the slick roads the rubber held up well. They were designed to withstand these conditions and they worked wonderfully.

His last observation is also crucial. They did very well in wet conditions, even when going down hill. These are the conditions you need your tyres at their very best and they didn't disappoint.

If you’re not using a road bike, don’t buy these. They are road bike tyres, even though the four seasons can withstand some off road conditions.

If you are on a road bike, or a touring bike (In the case of the four seasons) then these may be the product you want.

Let’s explore some of their specific designs to make sure.

The Vectran design is present on both these continental tyres.

Vectran is a synthetic fibre produced to withstand tear. It's not just one strand, but multiple strands of melted Vectra, woven together to withstand cuts and protrusions.

What makes the Vectran design especially good is that compared to the nylon equivalent, which is what many tyres are made of, this allows for lighter tyres and more durable tyres.

Just in case you are wondering if all of that protection might make the rubber more resistant on surfaces, it doesn't. The net effect is close to neutral which means you get the added protection and endurance without a drop off in speed.

The indicator is a feature of the 4000s II tyre.

These wear indicators are a genius idea. They appear as small holes on the surface of the tyre. Don't panic, they're not really holes.

As the tyre wears down the 'holes' become less deep. When the holes are gone, the tyre tread is low and should be changed out as soon as possible.

There's no more wondering just how bad the tread is, now you know at a glance. If you’ve ever wondered how long bike tyres should last I’ve about there - here.

The Duraskin feature is only present on the four seasons.

Duraskin is a polyamide fabric. In case you don't know what that is, it basically means a fabric made from weaving many strands and materials together. It drops down over the sidewall of the tyre and in this case, can be spotted because it is coloured brown.

Related Post  Best Tent For Cycle Touring: Everything You Need To Know

The whole point is to protect the tyre when something like a sharp stone strikes the side wall, or you go up a curb at the wrong angle. If you're a commuter the chances are you may hit a curb at some point, so this is protection you need. 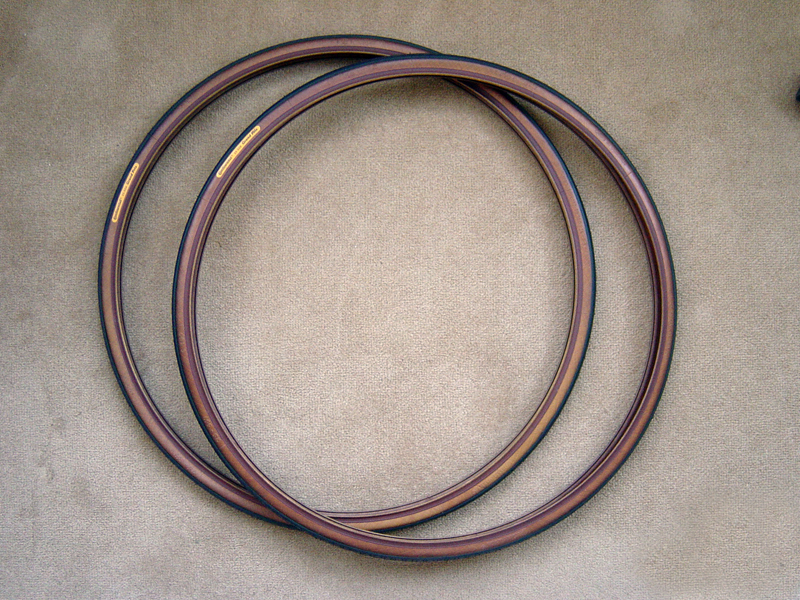 If you're watching the price of your tyres then it's hard to beat the Schwalbe in terms of what you get for the price you pay.

It's another road racing product and does lack some of the added protection that a Vectran weave system provides. It also doesn't have the same kind of sidewall protection as the 4 seasons.

It makes up for these shortcomings by integrating additional compounds into the tyre and side wall to give some protection at a fraction of the cost. It will take a bump, but not multiple.

If the 4 seasons tyre is designed to withstand harsh weather but also be usable in the heat, the Vredestein is a cold weather specialist. Its whole design is about withstanding extreme temperatures.

If you live in the far north, with long winters, or in the tropics with a long rain season then this tyre may be perfect for you.

Due to the nature of its design, it does tend to cost more than the 4 seasons, but you'll get even better protection, longer lasting grip and fewer punctures. As with everything, it's a trade off, but worth it if you need it.

Which Tyre Is Best For You?

I personally think this is fairly simple to choose. If you’re a commuter I would definitely go with the 4 season. You need the added durability, and this is doubly true if you live in places like New York or London which can get cold and very wet.

If, however, you’re a racer, looking for speed more than anything else then the 4000s II is easily the better choice. Just be sure you don’t be going off road at all, or you’ll risk the side walls being exposed.

Check The 4000s II ﻿Pricing﻿ And Availability On Amazon

Check The 4 Seasons Pricing ﻿And﻿ Availability On Amazon