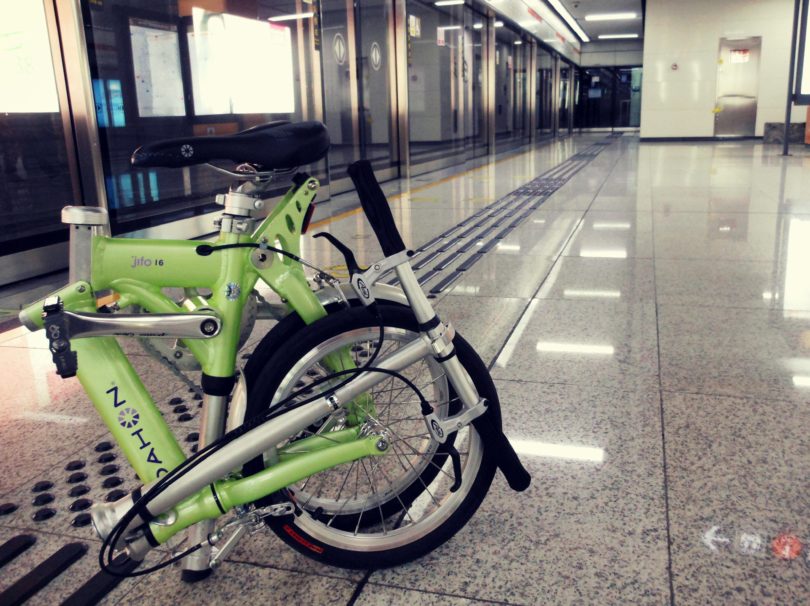 Looking for a bicycle that's easy to transport and stable to ride?

It turns out that this isn't just wishful thinking! 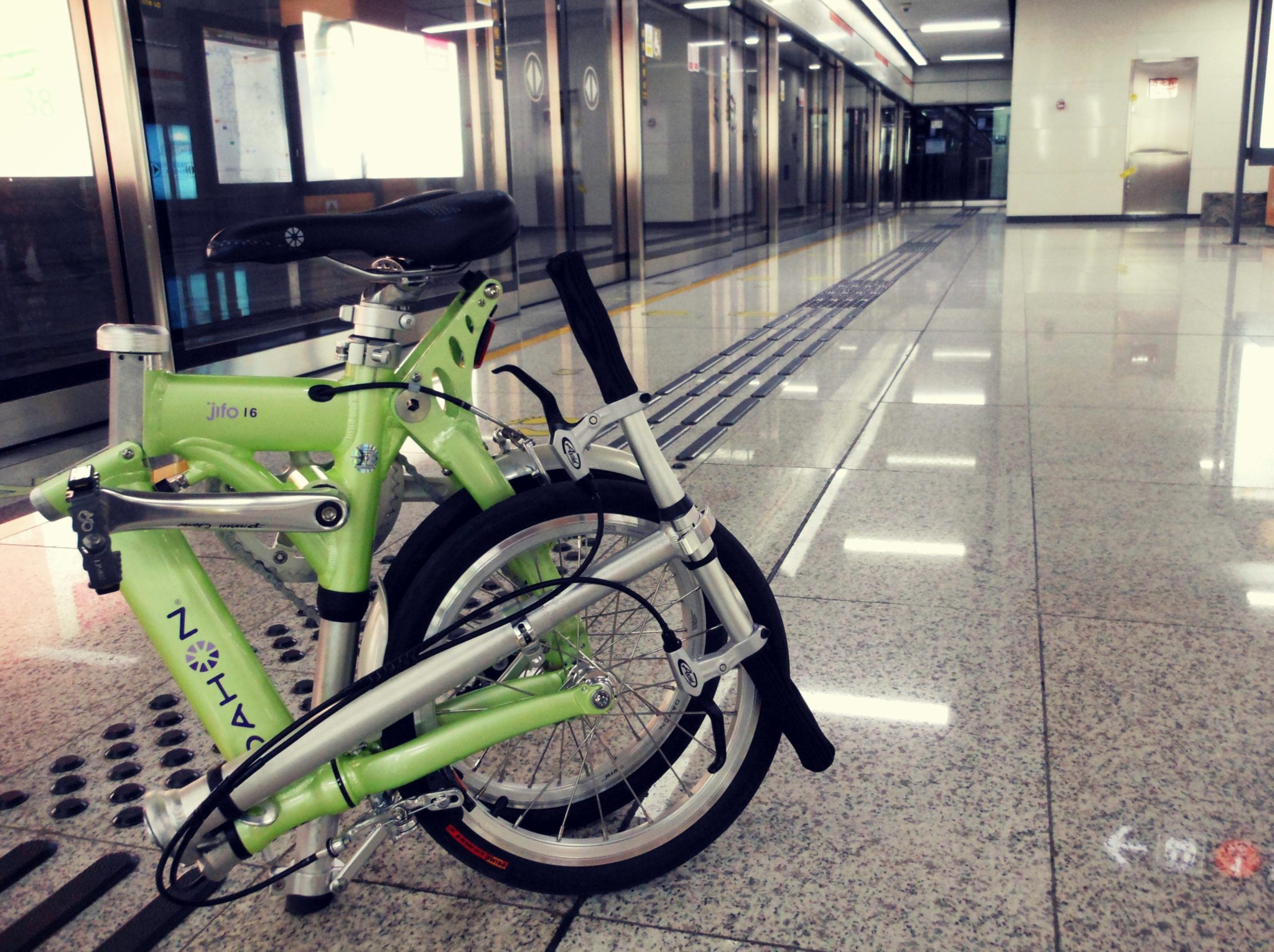 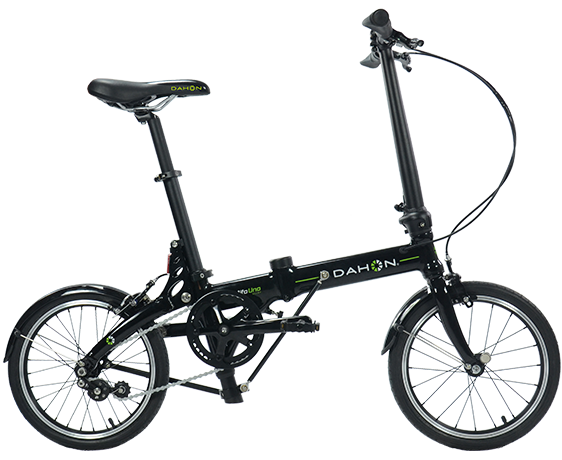 Summary: The Dahon Jifo Uno is excellent for a commuter on the go, as it's one of the smallest folding bicycles you can buy. It's expensive, but for this, you get a pocket-sized foldable bike that's far stabler than you might think.

And the best part.

If you buy online, you get free shipping to any destination in the US or Canada!

The first thing you need to ask yourself before getting a Jifo is what type of riding will you be doing?

Check Prices On This Little Bike That Packs A Big Punch

What Kind Of Ride Will The Jifo Give You?

This bicycle will never be as sturdy or as fast as a full sized bike. If this is what you're after, then take you take a look at some cheap road or hybrids options.

With regards to bikes that will fold, take a look to the right.

It's also the lightest folding bike around at 9.4kg! 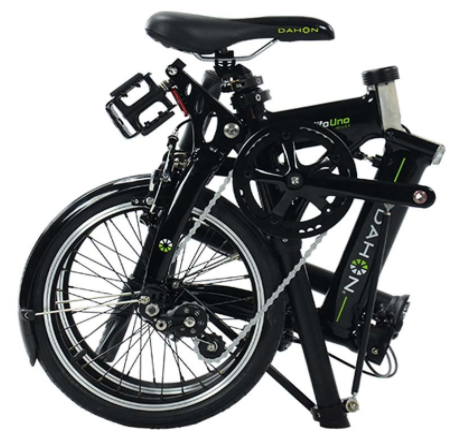 Part of the reason behind these impressive stats is because of the "Dalloy with Integrated Jiffold Vertical Hinge Technology frame".

Other than being compact and lightweight it means that it's fast to unfold. Similarly to a Brompton, the back wheel swings out from underneath it.

The weight, size and easy maintenance of the single speed gearing mean that it's perfect for your commute and takes no extra time to maintain.

The ease at which it unfolds and the lack of maintenance required means that everything about this bicycle is fast and hassle free.

Related Post  Are Mountain Bikes Good For Commuting? Yes!..(And No)

But that's not all.

Other Peoples Experiences With The Jifo.

There are not many reviews online which is why I've written this one, but here are a few comments from a forum discussion I found.

I was very skeptical when the bike arrived.... still skeptical after my first ride. However, surprised how good it actually rode, I had several folks try out my puke green one, and everybody ( including Bike dealers ) came back with a big smile.

This 16-inch folding bike design is for short, one to two-mile commutes to and from bus stops and train stations.

I had to think long and hard about this as the bike is so complete, but perhaps a slightly longer rear fender in case you get caught in the rain.

The comment suggesting that the bike is for shorter commutes is a valid one. I think if you were to go much further than 5 miles on this bike you would want to consider getting something that has the potential to go faster.

I also like the comment about the people being surprised by how nicely it rode. For something so small it's surprisingly sturdy. People's skepticism is understandable, but it feels sturdy, nimble and fun!

But there's a catch.

One Thing To Look Out For.

The bicycle has a weight limit of 100kg. I am on the cusp of the weight limit, and the bike feels ok... I wouldn't want to ride around on it just after Christmas though!

If you fall above the weight range that's recommended then don't worry there are some alternatives you can have a look at instead.

The Jifo is great, but there are lots of other folding bikes out there which may suit your needs better. You may need one that can handle more weight, is cheaper, or more gears.

I've rounded up the some of the best alternatives for you below.

Dahon is the biggest folding brand out there, so they know a thing about bikes.

If you can get past the price stamp, this will be the best folding bike you've ever bought.

See Through Cycling Shorts: Are You Guilty﻿?﻿
R﻿﻿oad Bike Cassette Sizes For Climbing: How Do You Choose
H﻿﻿ow Much Does A Bike Tune Up Cost: What's The Average
Best Cheap Protein Powder: A Buyers Guide To Keeping In Shape