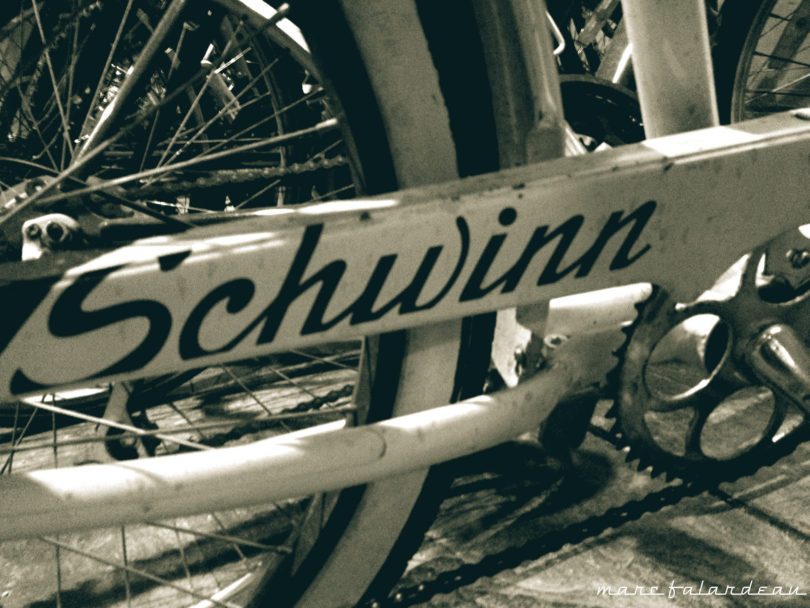 If you’re in the process of making that decision between being a couch potato and actually getting up and working out, then one of the avenues you may be looking at is a new bike.

Alternatively, maybe you’ve been working at a gym but you actually want to be outside as you work your cardio. 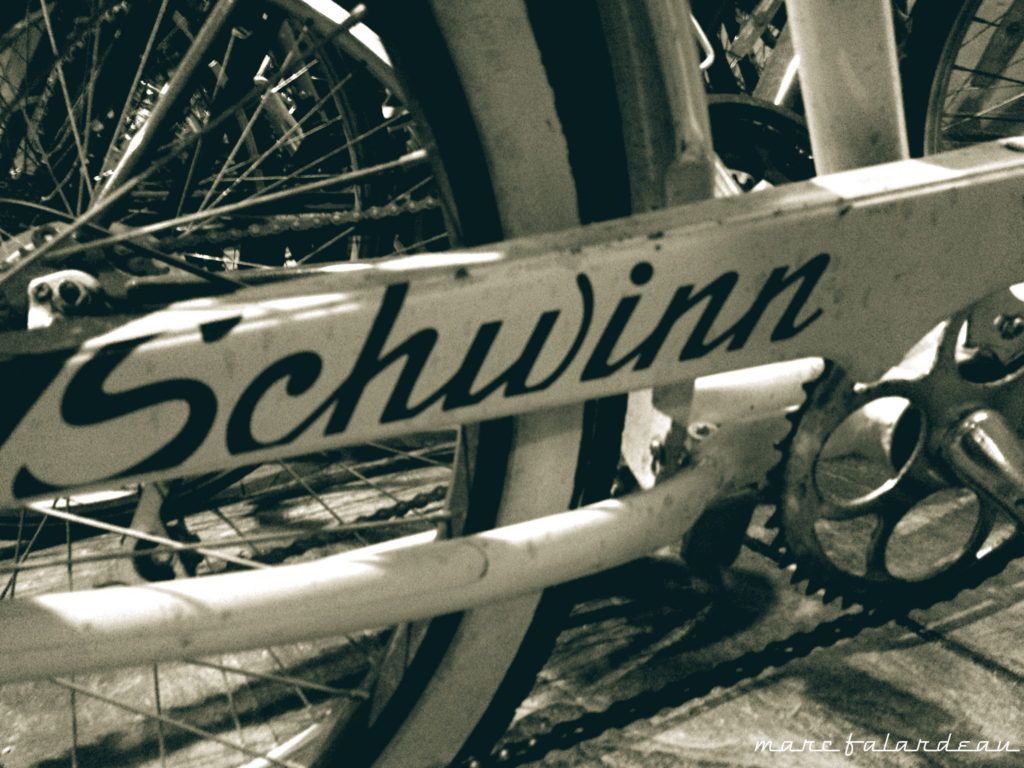 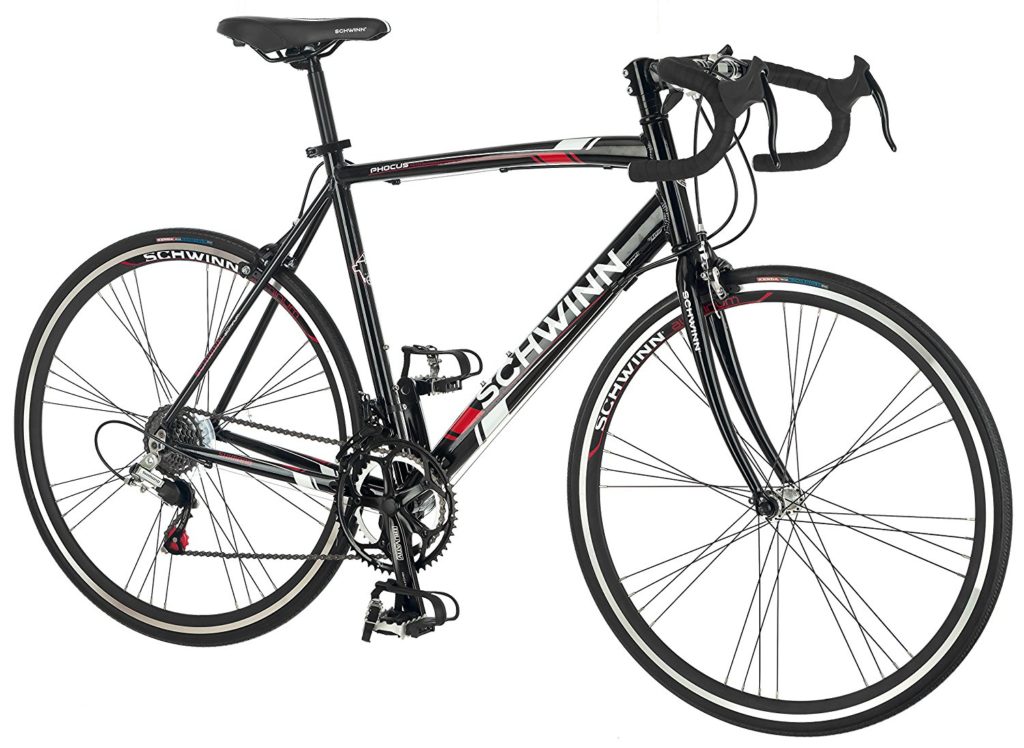 One of the big differences are the gears.

The 1400 comes with a traditional positioning of the gear shifts, being on the frame of the bike, rather than up by the brakes and on the handle bars.

It means you will need to move one hand from the handlebars to shift properly.

Now, onto the Schwinn 1400 product. It comes with an aluminium frame, as does its 1600 counterpart. This makes it very light, which can be a good thing, just know that it is not the most sturdy of bikes when it comes to taking a knock.

As with many companies these days, they're actively involved in the community, promoting fitness and cycling by supporting such causes as People for Bikes, and World Bicycle Relief. It's nice to know that when you spend money on a product, some of it is going not just to the business but a good cause.

Schwinn is another one of those bike brands that have been around for a century more. Founded in 1895 it's a business built, not on the upper-end racing market, but on making cycling easy and enjoyable for the average Joe.

This isn't necessarily bad, but it will take awhile to get used to if you're not familiar with this system.

This reviewer bought this bike as a first-time rider. It's what Schwinn made it for and it's good to know he hasn't been disappointed. He does mention one specific drawback that other reviewers also had issues with, the tubing of the tyre is very thin.

Related Post  Help! My Butt Hurts From Biking. What Shall I Do? (Read This)

He probably means it has no side wall protection and since it is a cheaper road bike, it has very little else to protect it from punctures. This is usually gained from different types of tyre compound that the cheaper varieties lack.

Jeff replaced the tyres and has been happy with it since then. He did mention having to tune the gears, he took it into a shop since he wasn't sure how to do this himself. You have to do this with many bikes, so I don't think that is a mark against its name. 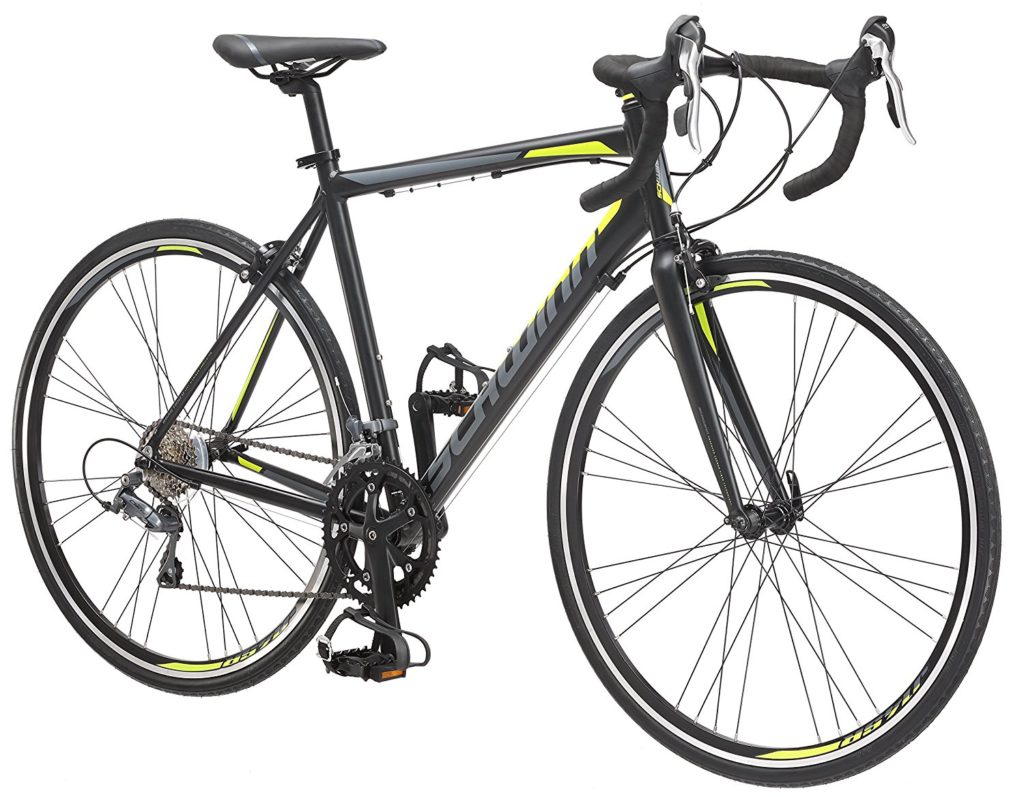 The Schwinn Phocus 1600 is another bike marketed at beginners. It's not a professional race bike, but it is light, and it does have everything you need to get started.

Just take care not to hit those potholes too hard, particularly on the front wheel.

The front fork is made of carbon fibre which is lightweight but without the proper suspensions doesn't take much of a knock.

At first glance, the Schwinn 1600 is very similar to the Schwinn 1400. There are two key differences, however. Both of these differences are connected to the gears of the bike.

Firstly, the gears of the Schwinn 1600 are located on the handlebars, by the brakes, so there won't be any difficulty braking and changing speed at the same time. Many cyclists like this and prefer it over the Schwinn 1400 positioning.

The second thing about the gears is it's 16 speed vs 14 speed. To be honest, this difference can be very minor, but it does mean there's slightly more range in tackling slope variations. In practice, it will mean very little to the average road bike user

For one reviewer this bike was his first. He was looking for that in between bike that has some quality, but isn’t aimed at such a professional audience that it prices him out. This is Schwinn's sweet spot.

Another review comments on the wheel size - they are thin! He replaced the tyres eventually and has had no flats. So it looks like if you do buy this bike you should consider changing those out.

He's had the bike a total of one year and still no complaints. The sign of a good customer and that the bike hits the target of its intended audience.

If you’re a regular cyclist already and you’re looking to take your game up a notch then a Schwinn (or Diamondback) isn’t what you want to buy.

Alternatively, If you’re a professional then the chances are you aren’t reading this article, you already have in mind the brands and styles you want.

This is definitely for those looking to become regular cyclists but not wanting to spend their money on anything fancy.

I touched on this during the review section. Aluminum framing is not bad, but it's not great. It will make your bike lightweight and easy to carry up and down steps or curbs etc. It will also give you a little extra speed on the down slopes and make it easier to turn with.

The problem is if you crash this thing it's done for. It won't take much of a beating. Of course, no one wants to crash their bike and if you have a pretty safe neighbourhood or cycling route then it shouldn't be a problem.

Alloy caliper brakes are fairly standard. This bike doesn't make clear what type of caliper brakes it has installed, but any kind is really okay for what the average cyclist needs.

If there is a problem with the brakes from the outset then you probably need to adjust the cables and I would recommend taking it to a shop for tuning.

You'll know if a break is a caliper because its 'arm' or frame, will reach around the wheels and it will be fastened on with a single bolt. It's a fairly easy matter to loosen and tighten these, but again if you've not done it before, take it to a shop.

These are standard for any road bike, the handlebars loop downwards allowing the cyclist to hunch low over the bike, or reach a better angle for powering it up hills.

It’s different to a mountain bike, where the bars are usually straight or sometimes protrude upwards at a 45 degree angle.

For an overview Schwinn's history watch the video below by WorldWideConnection

If a Schwinn is still too expensive it is possible to buy a cheaper bike. If you really want to make sure you know your stuff before you invest in something a little more pricey then this is a good bike to start with.

It’s a steel frame rather than aluminum so you won’t be wanting to carry it any kind of distance, but it will take a beating a little better than the aluminum framing of the Schwinn.

The Vilano is designed for the typical commuter. It has 21 speeds to deal with anything unusual on your commute, such as an extra steep hill or bridge. It’s lightweight aluminum just like the Schwinn but it’s a little cheaper.

While the Schwinn is aimed at cardio and smooth cycle routes, this might be better in the city. Personally I would still like to see a stronger frame on it.

Having said that, Carbon fiber and titanium are both more expensive and the cost of your bike will be significantly more.

Personally, I don’t think there’s much difference. If your bike route has several hills and slopes then perhaps the 1600 would edge my decision, but there’s really not much to separate these two designs.

​
Check Out The 1600's Pricing And Availability

Check Out The 1400's Pricing And Availability