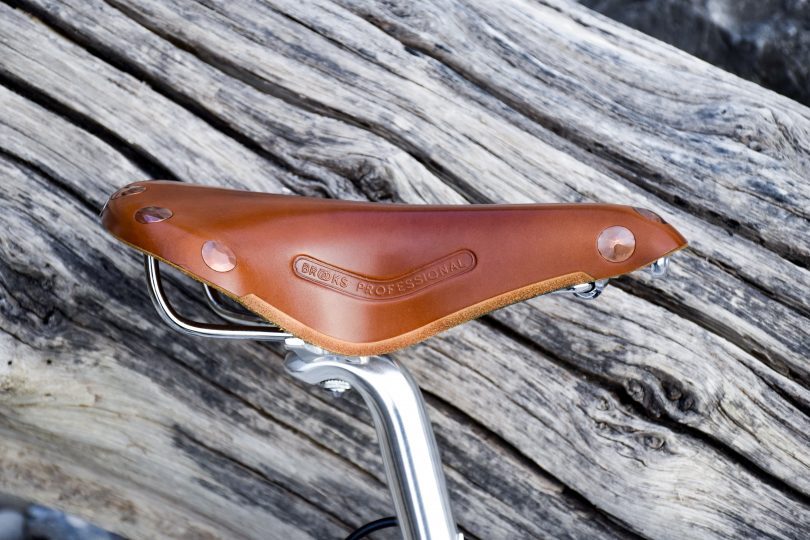 Two giants in the saddle world.

The plucky newcomer against the old champ.

Both brands are great, but which one will come out on top?

It's Selle Anatomica Vs Brooks.

No Time To Read? No Worries, Here's My Top 4

It's always interesting to know where companies have come from but I'll keep this bit short and sweet!

Brooks is a company from the West Midlands, England. It's being making saddles since 1866.

According to family legend, the company began when the founder John Boultbee Brooks, a horse saddle manufacturer, tried to use a bicycle after his horse died but found the saddle uncomfortable.

He set about solving the problem, and Brooks was born.

Thankfully, after his death, there was still a high demand for these saddles from loyal Selle Anatomica riders. Loyal riders inspired the family to keep growing the business to what it is today.

So, two companies with very different histories. But which is best? Should you even get a leather saddle at all?

Plastic saddles have four advantages over leather ones.

​Leather saddles have three advantages over plastic ones.

Most people have become cyclists after leather saddles were standard fittings on new bikes. So they haven’t had any experience with them.

Others had a leather saddle on their first bike, but they were never told how to break it in or care for it.

This negative view meant that they opted for a plastic model from then on.

This is fine, but most plastic saddles use a closed-cell foam to provide softness, but the foam and the plastic mold are only designed to fit the average person's body.

Closed-cell foam is a good insulator of heat. Insulating heat provides a problem in hotter weather as it holds heat and moisture.

In contrast, leather saddles are good in hotter weather because they require no insulating foam, and can breathe.

The material makes them cooler and allows perspiration to evaporate through the saddle, eliminating the risk of saddle sores.

It's easy to exaggerate this period over.

You should think of a leather saddle like a good pair of shoes. They may be a little stiff at first, but they'll soon soften up.

Break in periods can last anywhere between 100 to 1000 miles before they're ready. Here's how to speed up the process.

This is where Anatomica beats Brooks, especially the X serie﻿s. They're softer and therefore their break in period is much quicker.

There is the Brooks Cambium C17 Carved which is an excellent saddle and won my road bike "most comfortable saddle in the world award."

However, the C17 has no break in period at all because it's not leather.

This means that if it's not comfortable in the beginning. It's unlikely that it ever will be.

The Anatomica ﻿﻿X Series takes the win here as well.

Having a large cut out is an excellent idea because if you put too much pressure on the perineum (the undercarriage bit of the body), you'll end up being completely numb.

Related Post  Best Tent For Cycle Touring: Everything You Need To Know

The saddle does not always cause it, but sometimes, it does. I've written more about this here.

However, as a result of Anatomica's larger cut-out, it starts to feel "squishy"​ when you get towards the rider weight limit for the saddle (250lbs).

The Brooks B17 Imperial has a smaller cut-out, making it firmer, but it may not relieve the pressure as much as you need it to.

You may find that you never get any numbness issues at all. In which case, a cut-out would not be required.

Anatomica's NSX Series and Brook's original B17 are your choices here. Both are great and will provide more support than their cut-out versions.

This is Brook's first win of the day.

The sides of a Brooks saddles are long. Long sides make them very comfortable on the sides of the legs and help to prevent chafing.

In contrast, the larger cut-out area on the Anatomica causes the sides of the saddle to flair out.

Having the sides flair out makes them more likely to rub and chafe on the inside of your legs.

Anatomica claims that the shape of their cut-out will stop the sides from flaring out.

Sadly, it seems as though that this is not the case.

Some people suggest to use a knife and cut a small amount of leather from the sides of the saddle.

I'm not sure if I'd trust myself to do this without ruining the saddle altogether, but you might be braver than I am!

The reason Brooks B17 Imperial sides don't flare out is because they've had small holes punched into them, and then they've been laced together.

Brooks says that these laced skirts are for reinforcement, and it seems to resolve the flaring issue found in Anatomica models.

Both saddles have had complaints that the rivets used to fix the saddle together rub on the rider's sit bones.

Related Post  Topeak Alien II vs III: Which One Should You Get?

Some people have no issue, and some people do. It just depends on the shape of your body.

Brook's rails are much stronger than Anatomica rails, which tend to bend easier (they offer a 12-month warranty on this).

Brooks rails are notoriously known for being short.

Short rails mean that you'd need to get a seat post with a large setback if you're someone that has long legs.

So we'll call this round a tie as well.

The leather on the Anatomic stretches quicker than Brooks, but it's intended to be tensed back up again by a tightening screw.

Both saddles use high-quality leather, but neither saddles will do very well in wet weather.

You can make them water resistant, but it's advised to carry a plastic bag with you at all times in case you get caught in a downpour.

Remember, water mainly comes up from the road off of your tires when it's wet.​

With Brooks, you'll need a special tool to adjust the tension the of the saddle, but you can use a common 6mm alley key to adjust the Anatomica.

This makes the Anatomica far easier to adjust, as the Brooks tool will almost certainly get lost somewhere in the garage!

So there we have it. It's close at the moment, but who will take the win?​

To add even more suspense, watch this video by "Captain Overpacker" where he gives a great review of Brooks and Selle Anatomica saddles.​

There are pros and cons of both, and they're both great saddles. However, there can only be one winner!

In the battle between Selle Anatomica vs Brooks.

Brooks just takes it! Specifically ​the B17 Imperial.

It's reinforced sides to stop flaring, along with it's cut-out to relieve pressure, and overall company history make it a great saddle that would suit any rider's rear end.