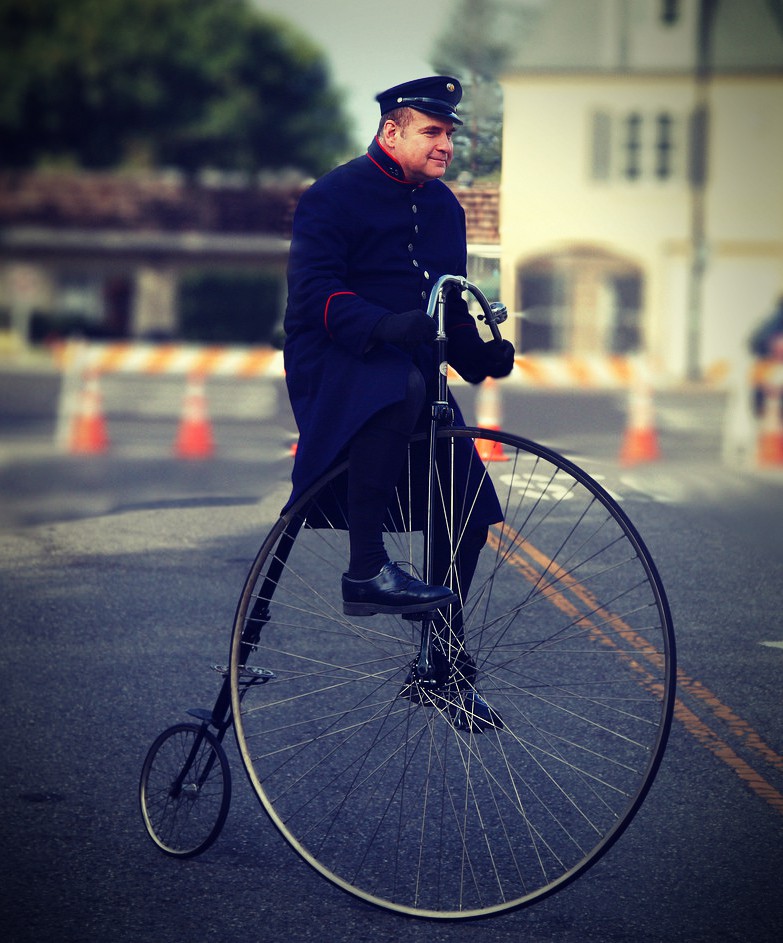 If I was to ask a Victorian what was unusual about the penny farthing bicycle, they'd probably look at me and wonder what the hell I was on about.

Back in the day balancing precariously on top a giant wheel was nothing but a normal, everyday occurrence.

However, with the power of hindsight, we're able to look back at them and see that they were in fact, a little bit odd.

Related: Most Comfortable Bike Seat In The World: A Guide On How To Find It

What Was Unusual About The Penny Farthing Bicycle?

Before we begin, I hope you took the time to watch the great animation by V﻿﻿isual Artwork demonstrating the evolution of the bicycle. It's pretty cool!

Related: How To Use Bike Gears For Dummies

How To Ride A Penny Farthing

After doing a bit of research, I have come to the conclusion that it is impossible to look elegant while trying to get on to a Penny Farthing bicycle.

At best you'll look like someone awkwardly climbing over a wall that's too high for them.​

However, the guy from Mec Videos manages to look half respectable. Watch from 1min in for the demo.

How To Get On A Penny Farthing

I fully expect it to be nowhere near as simple as that, but with a bit of practice, I'm sure you'll get the hang of it!

What was unusual about the penny farthing bicycle? Well, I guess they look pretty odd, but they were the first machine ever to be named a bicycle, and for that reason alone you've got to love them!